Biden Calls on Senate to Nuke Filibuster for Abortion 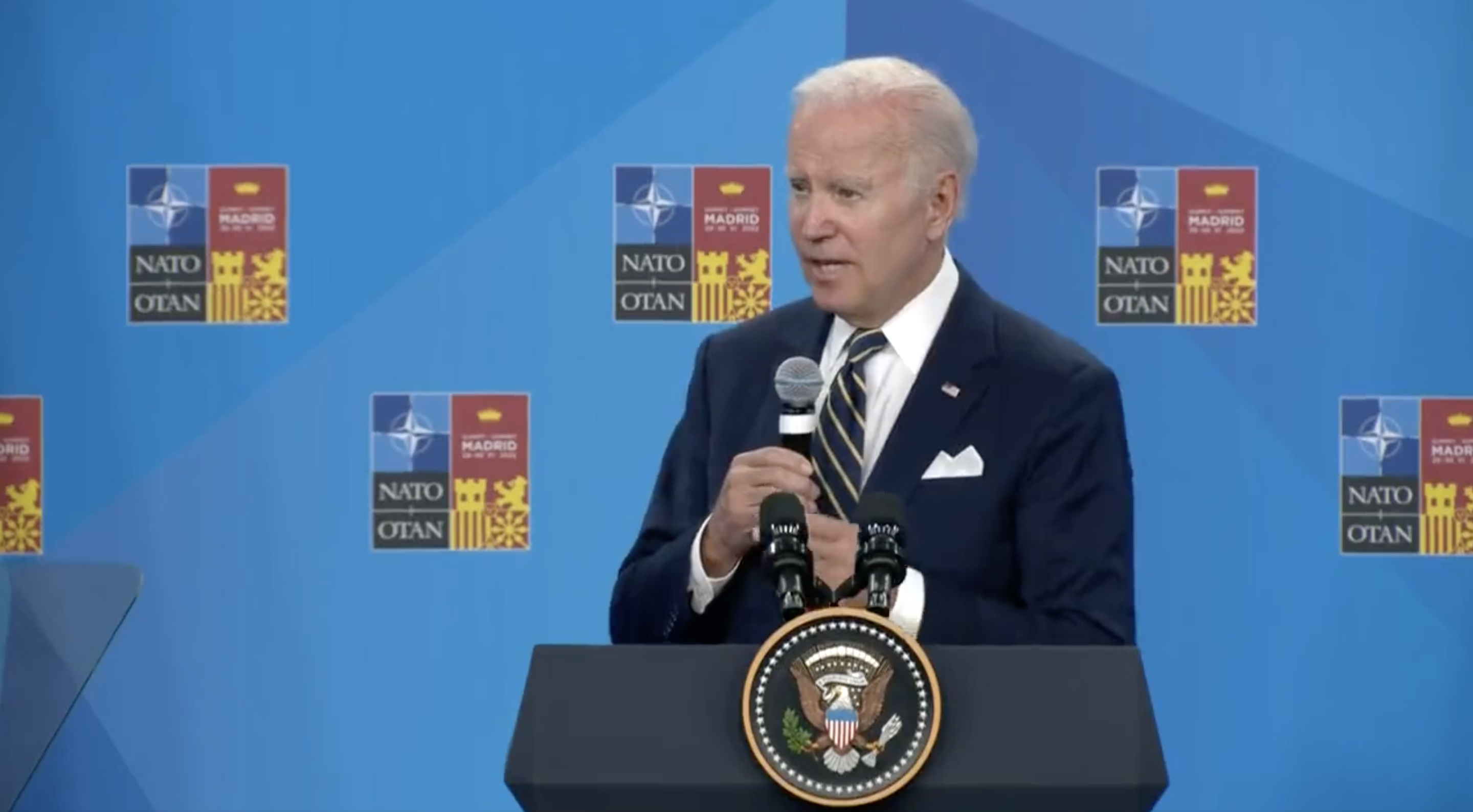 CV NEWSFEED // President Biden called on the Senate to make an “exception” to the filibuster to ensure that abortion is legal in all 50 states.

Speaking at the NATO Summit in Madrid, Biden said: “We have to codify Roe v. Wade in the law, and the way to do that is to make sure the Congress votes to do that.”

Biden’s efforts to create a carveout or “nuke” the filibuster would allow the narrowly-Democratic Senate to pass legislation that eliminates any state laws protecting unborn life. The filibuster currently prevents the Senate from passing controversial legislation unless there is a 60-seat supermajority.

After calling to dispose of the filibuster, Biden made it clear that it wasn’t only the Supreme Court’s decision on Dobbs vs. Jackson Women’s Health Organization on his mind. Biden said that “it is a serious problem that the court has thrust upon the United States,” continuing  “not just in terms of the right to choose, but in terms of the right to who you can marry, a whole range of issues relating to privacy.”

Biden received pushback from progressive Democrats such as Sen. Elizabeth Warren, D-MA, and Rep. Alexandria Ocasio Cortez, D-NY, earlier this week due to a perceived lack of progressive action fighting SCOTUS’s Dobbs decision on Friday. In response, the president has decided that he’s now “going to do everything in [his] power, which [he] legally can do, in terms of executive orders as well as push the congress and the public.”

Biden noted that upon his arrival back in the United States, he will meet with governors to determine the “best course of action.”

Months ago, the House passed the Women’s Health Protection Act, but the bill failed in the Senate 49-51, without needing a filibuster to block it. The bill would have established abortion as a “statutory right” for healthcare providers perform abortions without “medically unnecessary restrictions, limitations, and bans” that can delay abortion procedures.

The U.S. Bishops denounced the radical abortion bill in a statement earlier this year: “Even worse, it would eliminate modest and widely supported pro-life laws at every level of government — the federal, state, and local level — including parental notification for minor girls, informed consent, and health or safety protections specific to abortion facilities.”

Democrats have now called for legislation only slightly smaller in scope which would “codify” Roe v. Wade into federal law. Democrats hope the push to codify Roe will help win the support of Senators Joe Manchin, D-WV; Lisa Murkowski, R-AK; and Susan Collins, R-ME. These three senators support legal abortion but felt the Women’s Health Protection Act went too far. But Manchin, Murkowski and Collins have shown reluctance to eliminate or alter the filibuster.

“The Senate must reject the filibuster and pass it,” says Rep. Jamie Raskin, D-MD. He continued, “This is the worst reversal of constitutional freedom since the Court gutted the Reconstruction amendments in the 19th and 20th centuries.”

But even among Democrats, the pursuit of doing away with the filibuster is controversial: “”The filibuster is the only protection we have in a democracy” against a majority of senators steamrolling the minority, said Democratic Sen. Joe Manchin from West Virginia.