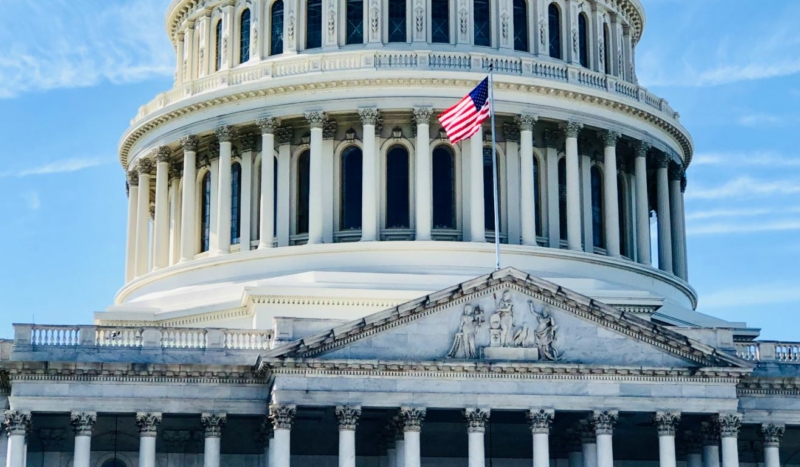 Senate Majority Leader Chuck Schumer, D-NY, scheduled the Senate vote for Feb. 28. WHPA is not expected to pass, as even some pro-abortion and Democratic senators have balked at its extremes. If the bill were to become law, however, it would enshrine the “right” to abortion into federal law, undoing all existing limitations to abortion throughout the states, and essentially making pro-life legislation illegal nationwide.

Archbishop William Lori of Baltimore and Cardinal Timothy Dolan of New York, who are the chairmen of the USCCB’s pro-life and religious liberty committees, said the bill is “built on a false and despairing narrative,” treats “abortion as the moral equivalent to the removal of an appendix,” and is “radically out of step with the American public.”

The two archbishops also decried the Democrat-backed bill’s presumption that abortion is the “only, or best, solution to a crisis pregnancy.”

Answering the needs of women by promoting taxpayer-funded elective abortion, as this bill would do, is a failure to love and serve women. Offering free or low-cost abortions, instead of the resources needed to care for her child, is not “choice” but coercion. It communicates to a mother in need that there is no hope for her or her child and perpetuates injustices that drive mothers to end the lives of their children.
As a nation built on the recognition that every human being is endowed by its Creator with the unalienable rights to life, liberty and the pursuit of happiness, we must reject this bill and embrace public policy that fully respects and facilitates these rights and needs of both mother and child.

“We strongly urge you to reject this bill and to put the energy and resources of our federal government behind policies that fully recognize and support both mothers and their children,” the archbishops’ letter to the Senate concluded.

In a letter to supporters Thursday, CatholicVote President Brian Burch also renounced WHPA. “Some have called it one of the most ‘extreme’ bills ever to be introduced,” Burch wrote. “In fact, it’s been called the abortion lobby’s ‘dream legislation.’”

While many news outlets have referred to WHPA as a bill that would “codify” the Roe v. Wade ruling into federal law, Burch warned that this characterization is an understatement, and called the bill “abortion on steroids.”

“It goes way beyond codifying Roe v. Wade into federal law – which itself would be horrible,” he wrote:

It starts by legalizing lethal violence against unborn children, for any reason, at any time, paid for by you. The law would also allow killing children with disabilities, permit partial birth abortion… and nullify all existing pro-life legislation in every state.

Burch also pointed to another, less widely noticed change that the bill would bring about. In “addition to cementing legal abortion into federal law,” he wrote, “it would torch pro-life parental consent and parental notification laws all across the country. Parents will be locked out, and forbidden to know if their own daughters are being pressured into an abortion or planning one.”

Apbs. Lori and Dolan were similarly alarmed by the contents of WHPA. “This deceptively-named, extreme bill would impose abortion on demand nationwide at any stage of pregnancy through federal statute,” they wrote in their letter:

Even worse, it would eliminate modest and widely supported pro-life laws at every level of government — the federal, state, and local level — including parental notification for minor girls, informed consent, and health or safety protections specific to abortion facilities. It would force all Americans to support abortions here and abroad with their tax dollars. It would also likely force health care providers and professionals to perform, assist in, and/or refer for abortion against their deeply-held beliefs, as well as force employers and insurers to cover or pay for abortion.

Readers can find the archbishops’ full letter to the senate here.