Radical Abortion Bill Fails, but Marks Dems Ahead of Midterms 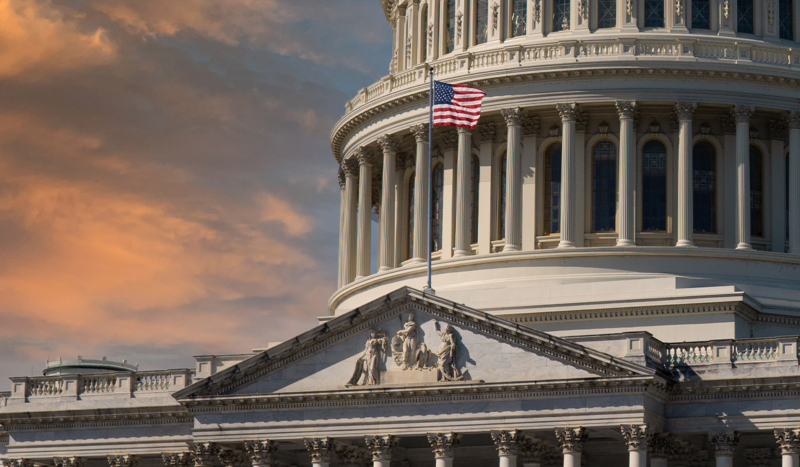 All Republicans voted no on the bill. Sen. Joe Manchin, D-WV, was the only Democrat to cross the party line and vote against it. Sen. Bob Casey, D-PA, voted yes, despite presenting himself for years as a pro-life Democrat.

Ahead of the vote, which was scheduled by Senate Majority Leader Chuck Schumer, D-NY, earlier this month, U.S. bishops and other Catholic and pro-life leaders, including CatholicVote President Brian Burch, decried the bill as “extreme” and “radical.”

“This deceptively-named, extreme bill would impose abortion on demand nationwide at any stage of pregnancy through federal statute,” said a petition statement from the United States Conference of Catholic Bishops. “Even worse, it would eliminate modest and widely supported pro-life laws at every level of government — the federal, state, and local level — including parental notification for minor girls, informed consent, and health or safety protections specific to abortion facilities.”

The Bishops also warned that the bill “would force all Americans to support abortions here and abroad with their tax dollars,” and “would also likely force health care providers and professionals to perform, assist in, and/or refer for abortion against their deeply-held beliefs, as well as force employers and insurers to cover or pay for abortion.”

CatholicVote President Brian Burch also denounced WHPA, calling it the “abortion on steroids” bill. Burch said that voters will not forget those who voted in favor.

“Catholics are repulsed and disgusted by the Democratic political charade which sought to ram through the most extreme abortion law ever contemplated,” said Burch after Monday’s vote:

This bill would allow abortion, for any reason, up to the moment of birth, paid for by taxpayers. Further, it would wipe off the books all protections for concerned parents who would seek to protect their daughters from the grisly abortion industry. The U.S. Bishops have rightly called this law ‘deceptive’ and an ‘extreme violation of human rights.’

Burch vowed: “We will work tirelessly to hold every senator that supported this barbaric legislation to account.”

“The decision by Senator Schumer to hold a vote this week on the so-called ‘Women’s Health Protection Act’ is further proof that Democrats are afraid to tell the American people what they really believe,” added former White House Chief of Staff Mick Mulvaney, a Catholic. The bill is “so extreme,” Mulvaney said, that Schumer “purposely chose to vote on it while Americans are rightfully focused on the war in Ukraine.”

Mulvaney also pointed out that WHPA is drastically out of step with public opinion on abortion. “Senator Schumer has often said that time is the most valuable commodity in the Senate,” he said. “That he is choosing to spend that time on this bill, which is opposed by an overwhelming majority of Americans, instead of spending it on Ukraine, is yet another indication as to how radical, extremist, and out of touch the Democrat Party is.”

CatholicVote Communications Director Joshua Mercer added that Monday’s vote is an example of why CV launched the Catholic Accountability Project, which holds Catholics in public life to their claims.

“Catholics are tired of seeing their faith used as a political football on the campaign trail, then thrown aside by Catholic political figures when they need to vote along the party line against the Church’s most fundamental moral teachings,” Mercer said Monday. “One of the standout examples tonight was Sen. Bob Casey, a self-proclaimed Catholic who has again and again presented himself to Catholic voters as pro-life.”

On Monday, Mercer said, “Casey and quite a few other Catholics showed us their true colors. And you can bet American Catholics will respond at the ballot box.”

CatholicVote has compiled a list of how the Senate’s 25 Catholic members voted on WHPA. Readers can find that information below. “Call your senator and let them know how you feel,” Mercer suggested.

Absent, but sponsored the bill:

Voted to reject the abortion bill:

NOTE: While Collins and Murkowski voted against the bill, they also introduced an alternative proposal to codify Roe v. Wade’s and Planned Parenthood v. Casey’s regime of abortion on demand until birth, but which does not go quite as far as WHPA since it would leave in place state laws that have been upheld under the Roe/Casey framework, including conscience protections.