Washington Post: Dems Divided Over How Far to Push Abortion 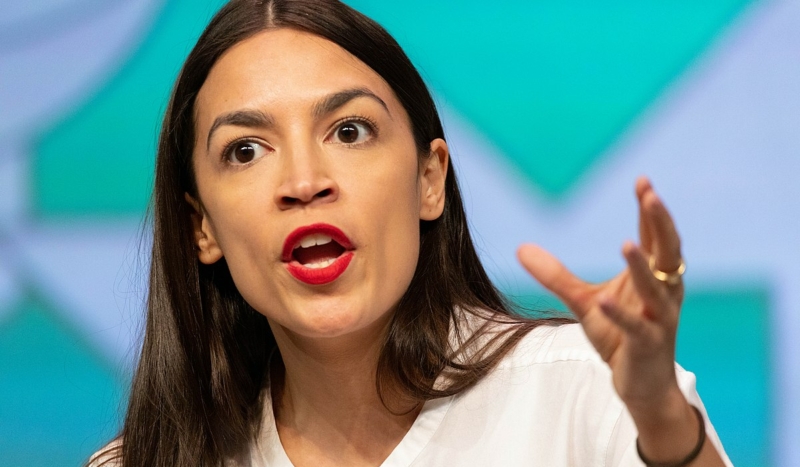 CV NEWSFEED // A recent report from the Washington Post detailed Democrats speaking out against Biden and other party leaders for not slamming GOP tactics on abortion and other issues hard enough.

“To an increasingly vocal group of frustrated Democrats, activists and even members of Congress,” the report began, “such responses by party leaders have been strikingly inadequate to meet a moment of crisis.”

Democrats have scrutinized the idea that it’s the responsibility of voters to change the political atmosphere in November as they say that “Democrats are unwilling to push boundaries and upend the system in defense of hard-won civil liberties.”

The Washington Post cited Rep. Cori Bush, D-MO, who said, “We have Democrats that are doing the opposite, you know? They just aren’t fighting.” She went on to conclude: “When people see that, what’s going to make them show up to vote? We can’t just tell people, ‘Well, just vote — vote your problems away.’ Because they’re looking at us and saying, ‘Well, we already voted for you.’”

The article referenced progressive lawmakers such as Sen. Elizabeth Warren, D-MA, and Rep. Alexandria Ocasio-Cortez, D-NY, who they said have “outlined several actions they want to see Democrats embrace:” such as “building abortion clinics on federal land. Funding people to seek abortions out of state. Limiting the Supreme Court’s jurisdiction or expanding its membership…” and “ending the filibuster.”

The Post mentioned how Sen. Warren demanded President Biden declare a national medical emergency, saying the administration could “establish Planned Parenthood outposts on the edge of national parks.” They detailed an interview with Warren in which she proclaimed that “The point is the acknowledgment of the emergency situation and the urgency of getting help out… People need help immediately.”

The article points out how defining Biden’s remark could be on his presidency: “Biden and his team have signaled discomfort with many of these ideas, particularly any far-reaching overhaul of the Supreme Court.” The president would not confirm reporters prodding him about whether he thinks the Supreme Court is “broken.”

“White House officials note that the administration has moved to protect access to the so-called abortion pill even in states that try to ban it,” the report states, “the president has pledged to protect women who seek to travel across state lines to get an abortion.”

The official said that while the proposal to set up abortion clinics on federal lands was ‘well-intentioned,’ it could put pregnant people and providers at risk, and that in states where abortion is illegal, women and providers who are not federal employees could be prosecuted. Some legal experts have also raised questions about whether such a proposal would stand up in court, and White House officials worry it would violate the Hyde Amendment, which prohibits the use of federal funds for abortion except if a pregnant person’s life is in danger or if the pregnancy results from rape or incest

“Some activists acknowledge Biden’s ability to act is limited” The article detailed, but in response added that “many abortion rights supporters say Republicans have routinely broken the rules in recent years and benefited enormously from it.”

Using this as reason to justify potentially unconstitutional executive behavior, the post said advocates are urging Biden to pursue “aggressive executive actions to expand abortion access, even if those moves were ultimately overturned by a court, it would energize supporters and signal to voters that Democrats are putting up a fight…”

The article claimed that Democrats are losing hope awaiting the passing of their agenda, as “a growing number of liberals say that unless Democratic leaders show a willingness to adopt more creative ways of pushing through their agenda, their most loyal voters will have little reason to turn out in the midterm congressional elections.”

The report goes on to say that although Democrats are well aware that myriad bills protecting abortion “rights” would immediately die in the Senate, it is nevertheless important to “show voters what the party would do if it had even slightly bigger majorities.”

The report by the Washington Post concluded featuring Paris Hatcher, executive director for Black Feminist Future. She stated that “we’ve elected these people who are in office at this very moment to take action on things like this. It becomes a very passive way to pass the buck when we have elected them to make things happen that center on the well-being of the people.”

In full acknowledgement that the legislation would not make it through Congress, the article features several prominent leaders in the Democratic party who insist on attempting to force it through anyways because of how such leaders would be perceived in future elections.