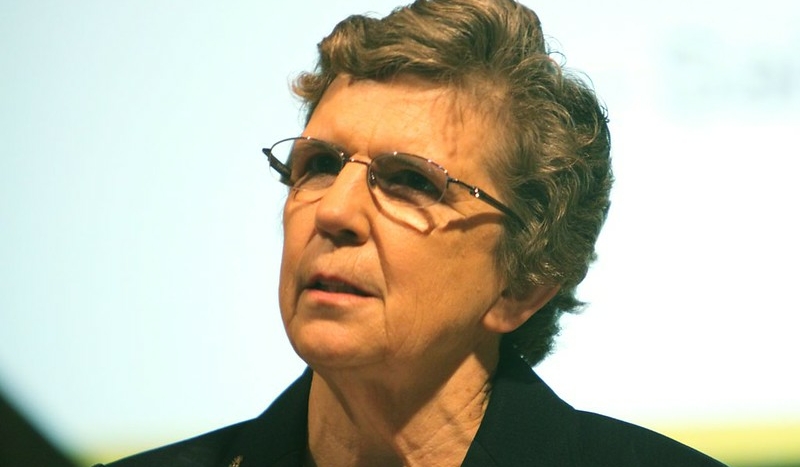 Keehan made the claim in an op-ed for NBC News titled “Here’s why Xavier Becerra’s confirmation critics gained no traction by attacking his Catholicism.”

“Republican efforts to derail this nomination have focused on the nominee’s faith,” she wrote. “Yet I’ve seen how he lives out its principles in his work.”

Keehan described Becerra as “a leader whose character is rooted in his Catholic upbringing and values,” which have taught him “the dignity of all humans who are created in the image of God.”

Becerra’s opponents, wrote Keehen, “seem to think Becerra lacks the family values that are inherently Catholic, but I know far better.” The “Senate should ignore these spurious attacks on his character and instead move quickly to confirm him,” she concluded.

Keehan, former president of the Catholic Health Association, may be trying to grant the controversial Biden nominee some legitimacy among Catholics, in an effort to counterbalance other Catholics’ opposition to Becerra’s confirmation.

In fact, many of the most outspoken critics of Becerra are themselves Catholics, and they do not oppose him for his Catholicism. In fact, they oppose Becerra for his treatment of Catholic nuns and other people of religious faith.

While supporters of President Biden have frequently made claims about his faith, backers of Xavier Becerra have not highlighted his faith — nor are there any public attacks on his faith.

CatholicVote launched an online petition against Becerra, which argued he lacked relevant education and training to tackle the role of Health and Human Services head.

The petition also pointed to Becerra’s political record as a Congressman and later Attorney General, which includes numerous attacks on Catholics such as pro-life journalist David Dalaiden and the Little Sisters of the Poor.

Keehan and the Department of Health Human Services

Sister Carol Keehan herself has something of a record of finding herself at odds with the Catholic Church’s interests.

During the Barack Obama administration, Keehan was an enthusiastic endorser of the Health and Human Services Mandate which tried to legally require entities such as The Little Sisters of the Poor to provide contraceptive and abortifacient drugs against their Catholic faith.

While Catholic bishops protested such aspects of President Obama’s sweeping healthcare legislation, Keehan attended the signing of the Affordable Care Act in person, and posed for photographers while proudly holding up a pen the president had used to sign it into law.

It was due to the Affordable Care Act’s rigid demands on Christian institutions that the Little Sisters of the Poor would spend the next decade in court, pursued by political figures which would include then-Vice President Joe Biden and, later, then-California Attorney General Xavier Becerra.