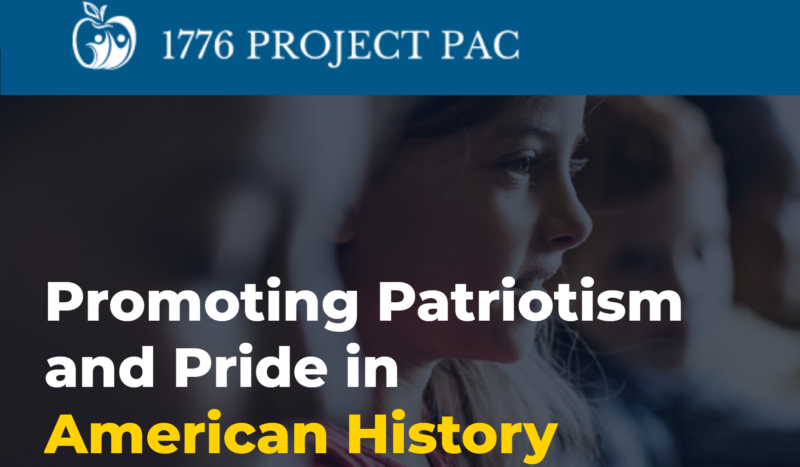 CV NEWS FEED // Political consultant Ryan Girdusky has launched a new political action committee that will focus on getting opponents of critical race theory (CRT) elected to school boards throughout the country.

The 1776 Project PAC is “dedicated to electing school board members nationwide who want to reform our public education system by promoting patriotism and pride in American history,” the new organization’s website states. “We are committed to abolishing critical race theory and ‘The 1619 Project’ from the public school curriculum.”

The PAC is sounding the alarm about powerful promoters of CRT attempting to “socially engineer our society and its relation to race, racism, and power.”

CRT, or “Anti-Racism” should “not be confused with the Civil Rights Movement, Martin Luther King Jr., or any form of tolerance,” according to the 1776 Project PAC.

Rather, proponents of CRT want to “undo the cornerstones of American society including classical liberalism, legal reasoning, and capitalism….”

“One avenue which they hope to rebuild society in their Marxist vision is in the schools,” the Project continues:

Critical race theory and programs like the 1619 Project — which tells explicit falsehoods about history to push their political agenda – are being taught in classrooms in nearly every state across the country. It is up to us to fight their agenda in every school board election where this theory is tolerated, promoted, and forced upon America’s children.

The formation of the 1776 Project PAC may prove well-timed for success. It comes amid a growing national movement of local communities intervening against CRT in schools. As CatholicVote has reported, a number of concerned citizens have already succeeded in getting opponents of CRT elected to their school boards.

Their campaigns, however, represent the scattered efforts of ordinary individuals, often without the institutional backing which the new 1776 Project PAC might offer.

And that backing is likely to be welcome, as local parents and other concerned voters find themselves faced with a White House bent on inserting CRT in their schools.

The Biden administration recently proposed a new rule that would promote CRT in public education via strategic government grant offers to compliant schools and districts. CatholicVote launched a campaign calling on concerned voters to make public comments against the proposal. At the deadline for public comment, CatholicVote respondents made up approximately 20% of the nation’s commenters.