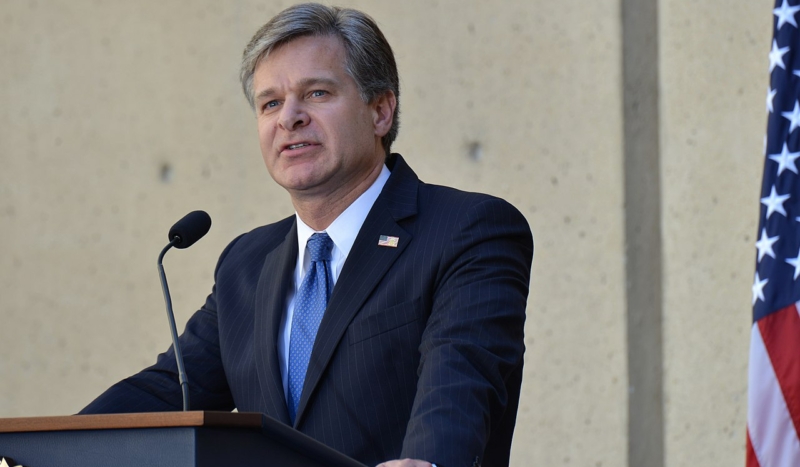 CV NEWS FEED // The Federal Bureau of Investigation on Thursday announced that it is offering $25,000 rewards for information in a series of attacks “against reproductive health service facilities.”

“The FBI is seeking the public’s help to identify the individual(s) responsible for a series of attacks and threats targeting reproductive health service facilities across the country,” the FBI stated. “As part of a national awareness effort, the FBI is offering rewards of up to $25,000 for information leading to the identification, arrest, and conviction of the suspect(s) responsible for these crimes.”

While FBI Director Christopher Wray said the announcement “reflects the FBI’s commitment to vigorously pursue investigations into crimes against pregnancy resource centers, faith-based organizations, and reproductive health clinics across the country,” critics argue that the language in the release is misleading.

All but one of the ten crimes the FBI listed in the Thursday press release were attacks on pro-life organizations.

“Reproductive health service” is a term commonly used in political circles to refer to abortion, Mercer pointed out, not pro-life work. “So the FBI clearly gives the impression that they’re taking action to protect abortion facilities, as if there were some massive threat from pro-life people.”

That suggestion is a smear, Mercer said. “You have to dig down into the FBI’s announcement before you notice it, but even they are forced to admit that almost all the attacks they’re looking at are attacks by pro-abortion terrorists against pro-life groups.”

Why did it take so long, and how many women were denied care because centers were forced to close, or because they were intimidated by the rampant vandalism, threats, and violence?

The nation has seen a rash of violent attacks against pro-life organizations since May, when a draft version of the Supreme Court’s decision to overturn Roe vs. Wade was leaked to the public. In response to the leak, a number of radical pro-abortion groups overtly called for “revenge” in the form of attacks and intimidation against Catholic churches and pro-life groups.

CatholicVote has repeatedly called on the Biden administration’s Department of Justice and FBI to take action and investigate and prosecute these crimes. In response, the administration has been largely silent.

The FBI’s announcement this week comes less than a week after a reported attack against a Planned Parenthood facility in Peoria, Illinois – the first example of an alleged pro-life attack since the barrage of pro-abortion attacks began in May.

Corporate media outlets, apparently taking their cue from the FBI’s emphasis on attacks against “reproductive health service buildings,” published full articles about the agency’s statement without making any reference to violence against pro-life groups. ABC News published a report under the headline “FBI offers $25,000 reward for information on attacks against reproductive health facilities.”

“From Keizer, Oregon, to Amherst, New York, there were at least 10 attacks on reproductive health service facilities around the country last year, according to the FBI, that have remained unsolved,” ABC reported. “The FBI’s reward comes in the wake of a suspected arson attack at a Planned Parenthood clinic in central Illinois this week.”

Burch questioned the timing of the FBI’s announcement Thursday. “After over 300 combined attacks on Catholic churches and pregnancy resource centers, it only took a single attack on an abortion facility for the DOJ to issue a press release – and while it’s a step forward, it certainly won’t compensate for the millions of dollars in damage and widespread fear caused by the criminal activity that has been ignored up to this point,” he said:

The seriousness of this announcement will be measured by the concrete actions that follow from it, including speedy prosecutions against those who have committed these acts of domestic terrorism against the individuals and organizations helping women in need.

The FBI listed ten attacks in its press release Thursday, nine of them attacks on pro-life groups. The one attack against an abortion facility involved two unknown suspects “throwing a Molotov cocktail at the front door of a medical building used by Planned Parenthood in Costa Mesa, California. The incident took place in March 2022, before the surge in attacks began in reaction to the May Supreme Court leak.

“The FBI can investigate the incidents as potential acts of domestic violent extremism, Freedom of Access to Clinic Entrances Act (FACE Act) violations, or violent crime matters, depending on the facts of each case,” the FBI statement said.

While the FACE Act covers crimes on the properties of churches and pro-life clinics as well as abortion facilities, the Biden administration in 2022 only took action 26 times under the FACE Act. In every case, the accused were pro-life Americans.