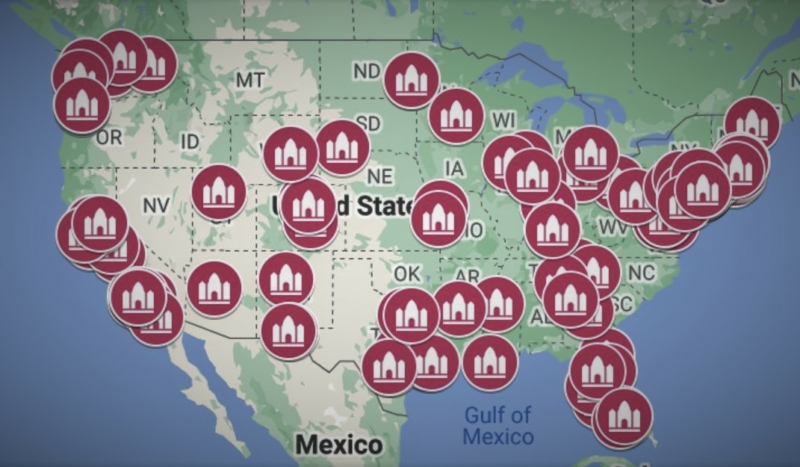 CV NEWS FEED // CatholicVote has a new interactive map showing all the attacks on Catholic churches and other Catholic properties starting in the year 2020.

“Since 2020, there have been at least 140 attacks against Catholic churches in the United States, including thefts of sacred tabernacles, fires which severely damaged historic churches, spray-painting and graffiti, windows smashed, and statues destroyed (often with heads cut off),” CatholicVote reported. “Crucially, while some of the attacks have included thefts, most have only involved property destruction, indicating that the motive is not primarily material gain.”

All of those attacks are visible on CatholicVote’s customized and interactive map, where readers can click on the locations of incidents to find photos and details of each attack.

In response to these anti-Catholic crimes, CatholicVote President Brian Burch has repeatedly called on the Biden Justice Department and Attorney General Merrick Garland to take action. The responses from the administration have been perfunctory at best, CatholicVote suggests.

The rate of attacks on churches has increased drastically since the beginning of May, when POLITICO published a leaked Supreme Court draft opinion indicating that the Supreme Court was poised to overturn Roe vs. Wade.

CatholicVote created another map last Friday which showed all attacks on pregnancy care centers and other pro-life groups since radical pro-abortion agitators began a nationwide campaign of threats and violence in response to Court’s perceived pro-life position.

As of Tuesday evening there have 24 attacks, including acts of vandalism and arson, since the Court opinion was leaked.

Readers can find CatholicVote’s map of attacks on Catholic churches by clicking here.