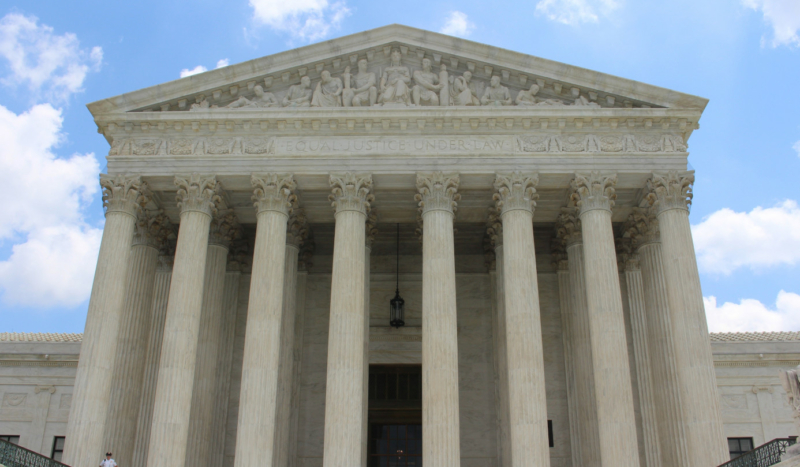 CV NEWS FEED // The US Supreme Court has allowed Texas to ban all abortions after six weeks’ pregnancy in a new law that took effect Wednesday, and to enforce it by letting private citizens sue abortion providers.

Critics of Senate Bill 8, which Republican Gov. Greg Abbott signed into law in May, say it effectively blocks most abortions in Texas since women aren’t aware of their pregnancies prior to six weeks. According to National Public Radio, the law will have the result of “effectively ending Roe v. Wade protections in the state.”

Although abortion advocates have traditionally struck down six-week bans on the grounds of enforcement, the new law sidesteps these objections by financially penalizing abortion providers who violate it rather than criminalizing women who seek abortions.

If an abortion provider or individual tries to violate the ban by helping a pregnant woman obtain an abortion after six weeks, the new law allows pro-life advocates to sue them for $10,000.

Therefore, if a Planned Parenthood clinic attempts to ignore the law with clients, it will theoretically become bogged down in dozens of lawsuits from pro-life and lose money, but the pregnant woman involved will not be jailed or bothered in any way.

The Supreme Court’s denial of emergency motions to stop the law, presented by an army of pro-choice lawyers, follows a similar move by the US 5th Circuit Court of Appeals last week — the same court that recently blocked the Biden administration from cancelling President Donald Trump’s “Remain in Mexico” policy.

Pro-life activists rejoiced on Wednesday in reaction to the news. Lila Rose, the founder and director of Live Action, tweeted:

Joshua Mercer, political director for CatholicVote.org, replied: “For so long, federal courts have reflexively shut down any and all pro-life laws from taking effect. Today’s news is a welcome change from this radical judicial activism. But these favorable outcomes were only possible because of the appointment of several solid constitutional judges to the 5th Circuit Court, and three appointments to the Supreme Court by President Donald Trump.”

But progressive groups like the American Civil Liberties Union had a different reaction:

Others noted that abortion remains legal in the United States and that it remains to be seen whether the law actually curbs most abortions in Texas or gets bogged down in new legal challenges.

According to NPR, a total of more than 650 new laws took effect in Texas on Wednesday, representing a political triumph for conservatives in a state of 29 million people. Another of the new laws aims to ban critical race theory from schools, asking teachers to cover race and slavery “without making white children feel guilty,” as the bill’s sponsor puts it.

Although Texas Democrats who fled the state earlier this summer to protest a voting integrity act recently returned, and that particular act passed Tuesday, media reports noted that that law will take effect at a later date.

Photo by Claire Anderson on Unsplash