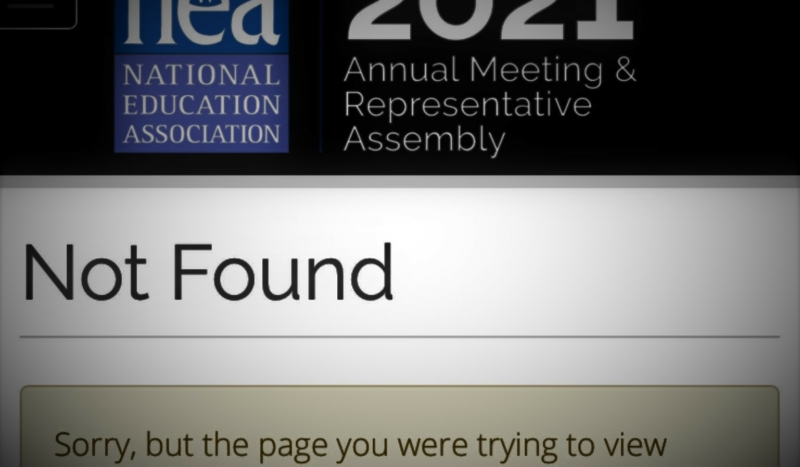 The “nation’s largest teacher’s union … scrubs the agenda items announcing their nationwide campaign to push CRT from their website,” reported Heritage Action’s Jessica Anderson Tuesday. “Why are they covering up their support for CRT?”

The move comes just days after the leading teachers union announced plans to push CRT in all 50 states.

As CatholicVote reported, the NEA “stated it would spread information about ‘critical race theory (CRT) — what it is and what it is not’ and ‘have a team of staffers for members who want to learn more and fight back against anti-CRT rhetoric….’”

…The NEA will also provide what it calls “an already-created, in-depth, study that critiques empire, white supremacy, anti-Blackness, anti-Indigeneity, racism, patriarchy, cisheteropatriarchy, capitalism, ableism, anthropocentrism, and other forms of power and oppression at the intersections of our society,” and “oppose attempts to ban critical race theory and/or The 1619 Project.”

The sudden removal of this information from the NEA website Tuesday alarmed critics of CRT’s inclusion in public school curricula, many of whom warned that the teachers union was covering up its own political messaging to American children.

“Maybe” NEA deleted its pro-CRT campaign “because they know that teaching racism against white people isn’t totally popular?” suggested author Elizabeth Kantor. Recent polling has shown that 58% of Americans have an “unfavorable” view of CRT.

Abigail Marone, who serves as press secretary for Sen. Josh Hawley, R-MO, simply called the NEA’s erasure of its pro-CRT pledges a “weird thing to do if you think you’re on the right side of the CRT issue…”