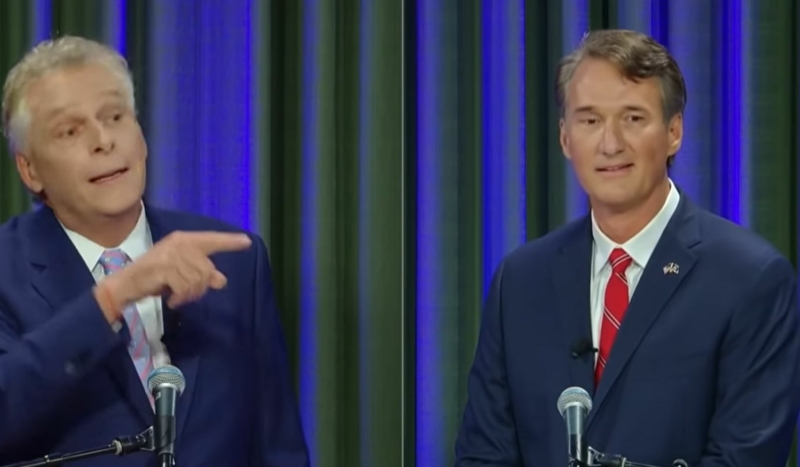 “I know that [Republican candidate Glenn] Youngkin is trying to attack @TerryMcAuliffe on education right now, but let’s be clear – if you care about public education, Terry is the candidate to vote for,” Weingarten tweeted. She went on to praise McAuliffe’s record as aligning with the policy positions of her teachers union.

“Contrast that with Glenn Youngkin,” Weingarten wrote. “He’ll bring the DeVos agenda to Virginia. He wants to take money from public schools and divert it to private schools.”

“The choice in VA is clear,” she concluded. Terry McAuliffe “is the leader who our students, educators, school staff and communities need.”

Weingarten’s comments come amid a public backlash against McAuliffe over remarks he made during a public debate with Youngkin.

When the Republican gubernatorial candidate expressed support for parents becoming more involved in their children’s experiences at school, McAuliffe replied, “I don’t think parents should be telling schools what they should teach.” McAuliffe added that, if elected governor, he would not “let parents come into schools, and actually take books out, and make their own decision.”

After Weingarten’s endorsement of McAuliffe, a number of parents replied critically to the teachers union head.

“One of the main people responsible for keeping our kids out of school for a year (totally ignoring what every child expert, CDC, & AAP said) wants to tell you who to vote for as the next Governor of Virginia,” wrote Virginia mom Holly Thornton.

“Teacher union head endorses candidate who said parents don’t have a right to have a say in their child’s education,” wrote Aliscia Andrews, also a mother living in Virginia. “Yikes. It’s like they fundraise off each other and don’t care about VIRGINIA’s children.”

Critics of teachers unions like Weingarten’s were quick to respond to her endorsement of McAuliffe on social media as well.

“Education funding is meant for educating children – not for protecting a particular institution,” DeAngelis wrote, “we should fund students, not systems.”

Weingarten’s comments came just a day after Terry McAuliffe himself tweeted, in very similar language, in favor of the status quo in public education. “Glenn Youngkin wants to bring the Donald Trump-Betsy DeVos education agenda to Virginia: MASSIVE cuts to public schools and redirecting taxpayer dollars to private schools,” McAuliffe wrote. “We’ve got to stop them.”

CatholicVote President Brian Burch said of the Democratic candidate’s message: “What Terry McAuliffe means is ‘we have to stop Catholic schools.’”