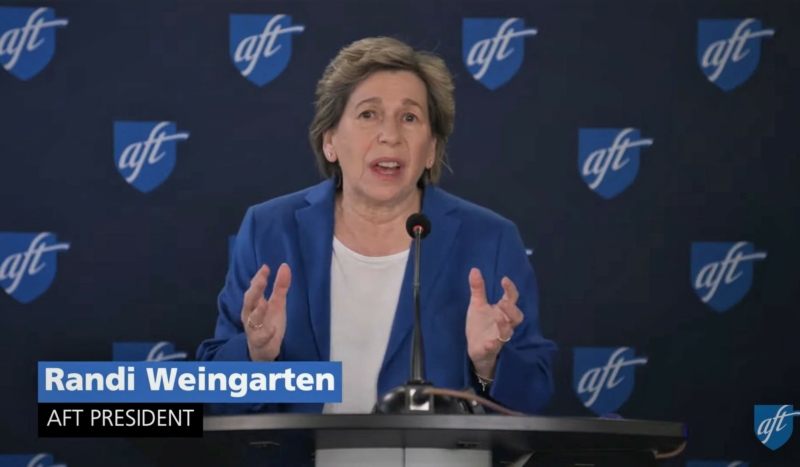 “We can and we must reopen schools in the fall for in-person teaching, learning and support. And we must keep them open fully and safely five days a week,” said Weingarten in a speech.

Weingarten’s new advocacy for reopening schools comes just over a week after her teachers union was caught at the center of a scandal for inveigling the Biden CDC in a plot to keep schools closed indefinitely.

As CatholicVote reported May 5, emails released through a Freedom of Information Act request revealed AFT had a direct hand in a previously little-understood change of policy at the CDC.

In January, the CDC’s guidance allowed for school reopenings. But in February, after behind-the-scenes interventions by teachers unions like Weingarten’s AFT, the CDC released new guidelines which recommended keeping schools closed.

Congressional Republicans on the House Energy and Commerce Committee have officially demanded that the CDC explain its dealings with Weingarten and other teachers union leaders by May 19.

In the meantime, Weingarten seems to have completely reversed her union’s longtime position against school reopenings. “Conditions have changed,” she said this week.

“The United States will not be fully back until we are fully back in school. And my union is all in,” she said.