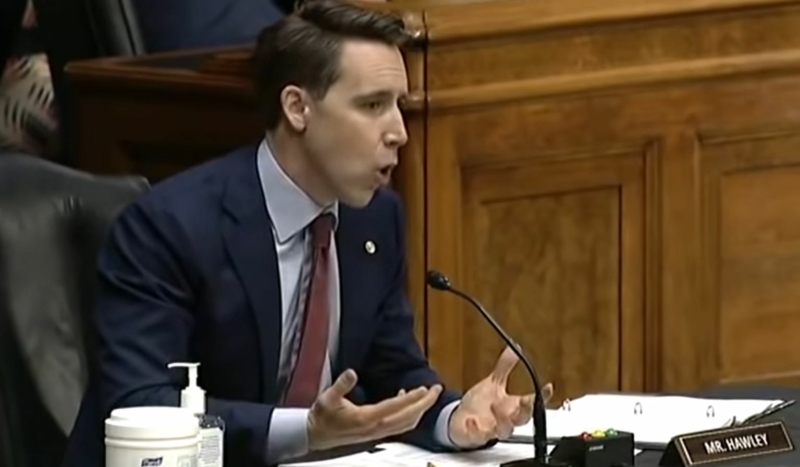 CV NEWS FEED // Sen. Josh Hawley, R-MO, announced Thursday that he will be introducing a new bill to ensure that parents have direct influence over their children’s education in public schools.

Hawley, who some pundits speculate could run for president in 2024, called the bill “a new Parents Bill of Rights,” and stated it would be designed to “turn back efforts to shut parents out of their children’s education.

“Senator Hawley’s bill will protect the right of parents to know what their children are being taught, who is teaching them, and which organizations are receiving school contracts,” according to a press release from the senator’s office.

Announcing the proposal on social media, Hawley decried “Joe Biden’s effort to shut parents out of their kids’ education” and promised that his bill “will also protect parents’ right to show up and check on their kids and be involved.”

The move comes amid a growing surge of parental concern surrounding the public education system in America, which most recently culminated in an upset Republican victory in Virginia’s gubernatorial race — with Glenn Youngkin defeating Democrat Terry McAuliffe in a state where Joe Biden won by 10 full points just a year before.

Many commentators attributed the Virginia election result to Youngkin’s willingness to challenge the indoctrination of critical race theory and confront a culture of corruption and cover up in the education system.

In the Loudoun County school district, school administrators — with the aid of national teachers unions and even the Biden administration’s Department of Justice and FBI — have repeatedly attempted to deflect and tamp down parental involvement at school board meetings.

While Youngkin took up the cause of frustrated parents, his opponent staunchly backed the status quo and the educational establishment.

“I don’t think parents should be telling schools what they should teach,” said McAuliffe at one debate, and as governor he would not “let parents come into schools, and actually take books out, and make their own decision.”