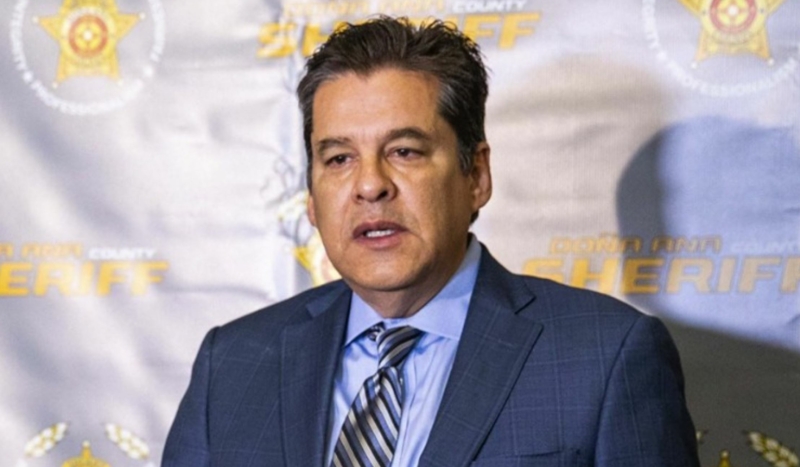 Bishop Peter Baldacchino of the Diocese of Las Cruces refused to give Communion to the pro-abortion senator, Cervantes reported Saturday. Cervantes’ pastor will also deny him Communion, the senator said.

“I was denied communion last night by the Catholic bishop here in Las Cruces and based on my political office,” wrote Cervantes on Twitter. “My new parish priest has indicated he will do the same after the last was run off.”

Cervantes concluded by appealing to Pope Francis, under whose direction the senator apparently expects the Church to become accepting of abortion: “Please pray for church authorities as Catholicism transitions under Pope Francis,” Cervantes wrote.

The news comes shortly after the U.S. Bishops voted 168-55 at their annual assembly meeting in favor of drafting a teaching document on how Catholics should properly prepare before presenting themselves for Communion.

At the time, the Bishops’ decision received a firestorm of backlash from Democrats who identify as Catholic, including 60 pro-abortion self-professed Catholic members of Congress who wrote a public letter warning the bishops that denying Communion to pro-abortion politicians would “grieve the Holy Spirit.”

Cervantes’ complaint received its own backlash on social media, especially from Catholics who pointed out the senator’s public rejection of Catholic teaching on the grave evil of abortion.

Many of their responses, however, were quite gentle, and marked by a pronounced concern for the well-being of Cervantes himself.

Catholic commentator Kathleen McKinley responded to Cervantes by suggesting he “look within” for a reason why his bishop and his pastor would deny him Communion. “If it’s advocating for abortion, then it is the Priest’s responsibility to make you understand you are not in a state of grace, but under a grave mortal sin, which would be made worse receiving unworthily,” McKinley wrote. “This is your soul. It’s important.”

Twitter user Desiree suggested that Cervantes was denied the Eucharist by a bishop “who loves him enough to fight with him to save his soul.”

“It wasn’t based on your political office,” wrote Catholic author Jennifer Hartline:

The issue is sin and scandal and the good of your own soul. Take a few minutes to learn the truth of your Faith. You should be thankful you have a pastor who cares so much about you.

Nicole Stacy of the Susan B. Anthony list simply shared a link to Cervantes’ political record.

Just this year, Cervantes co-sponsored and voted “Yes” on a bill which “Repeals State Laws Criminalizing Abortion,” and, according to local conservative commentator John Block, “legalized abortion up-to-birth and infanticide across the state and stripped all protections for women and children in the womb.”