Precedent: The OTHER Catholic Politicians Who Were Denied Communion 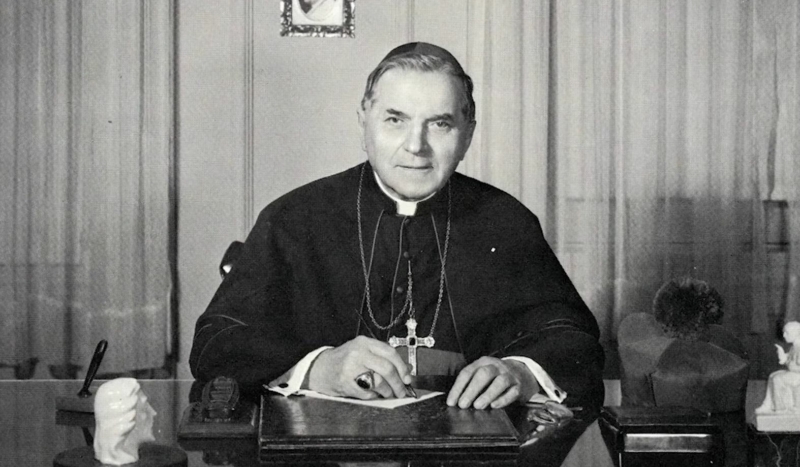 CV NEWS FEED // Archbishop Salvatore Cordileone of the Archdiocese of San Francisco announced Friday that he was denying House Speaker Nancy Pelosi, D-CA, Communion over her unbending support for abortion. The news fueled an eruption of resistance from abortion advocates and others, including some Catholics.

Cordileone made clear that he believed his decision was a “pastoral” rather than a “political” one, and personally pledged to personally pray and fast for Pelosi. Nonetheless, some Catholic critics on the political Left argue that denying Communion to pro-abortion Catholic politicians only politicizes the Holy Sacrament, or “weaponizes” the Eucharist.

Catholic supporters of Cordileone’s decision, on the other hand, point out that the Church itself teaches clearly that denying Communion to Catholic public figures serves an important purpose that is conciliatory rather than combative: drawing the wayward politicians more fully back into the fold by pointing out their error and motivating them to correct it.

Public debates over Cordileone’s move this week are likely to continue along the same pattern as the discussions that surrounded Bishop Thomas Paprocki of the Diocese of Springfield’s decision in 2019 to deny Communion to two prominent pro-abortion Democrats in Illinois.

At the time, CatholicVote produced a video explainer about Paprocki’s move, which also highlighted another example of barring political figures from Communion.

Rummel had spent a decade pleading with white Louisiana Catholics to repent of the sin of racism. Earlier that year he had officially ordered the schools in his diocese to desegregate. With the first racially integrated school year in diocesan history approaching, local politicians resisted, including Judge Perez. They organized protests, boycotted Sunday collections, and threatened to pull children out of the newly desegregated schools.

“At the time, the archbishop’s decision to deny Communion to these Catholic politicians was shocking to many,” CatholicVote pointed out. “And what might Judge Leander Perez say? That the archbishop was inappropriately ‘weaponizing’ Holy Communion against racist white Catholics? ‘Politicizing’ the Eucharist against segregation?”

Despite the initial public resistance of some, “in the Fall of 1962, Louisiana Catholic schools opened fully integrated. For the first time, black and white students attended classes side-by-side at Catholic schools. There was no violence.”

“Today the debate continues over whether bishops should deny Communion to persistent abortion promoters in public office,” the video continued:

Some argue that barring politicians from Communion could alleviate scandal and show Catholics in the pews once again that the Church will not allow powerful men to flout human dignity without consequences. After all Catholic teaching against abortion is no less adamant than that against racism, and if Rummel’s confrontation of wayward Catholic politicians could help end segregation, perhaps Paproki’s could help save infant lives.

Regarding the point about alleviating scandal, CatholicVote ran a poll last year which found that a large majority (74%) of Catholics who go to Mass believe public officials who defy the Church’s teaching on abortion should not present themselves for Communion.

In addition, Paprocki made a further argument when he made the decision to deny Communion to the Illinois lawmakers – an argument echoed by Cordileone this week. “It’s my hope and prayer these lawmakers reconcile themselves with the Church so they can receive Communion,” Paproki said.

“According to the Catholic Catechism, that is a central purpose of denying Communion; to warn that a person’s soul is in danger, and to encourage him lovingly to repent and return home,” CatholicVote’s video concluded:

In fact after the Church’s victory over segregation in 1962, Bishop Rummel won another, spiritual victory. Judge Leander Perez eventually repented, and knelt once again to receive the Eucharist, in full communion with the Church.