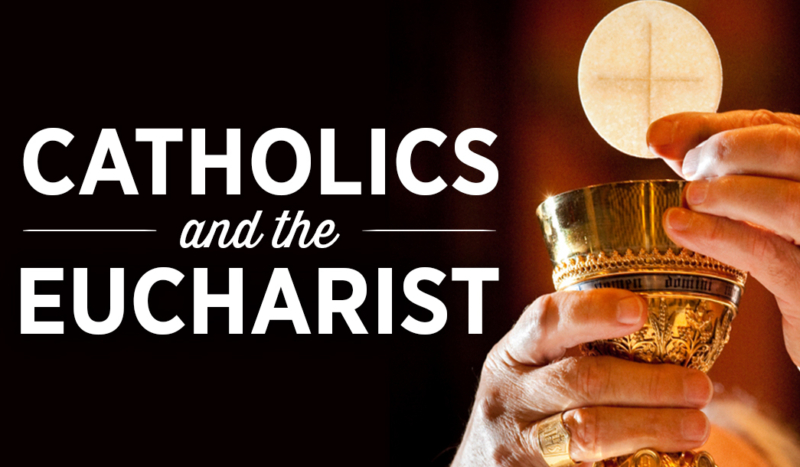 They Should Not Present Themselves for Communion

“Catholic politicians who advocate for policies considered ‘gravely immoral’ create confusion and discord among believers.  Bishops have an obligation to act.”

“Catholic politicians who advocate for policies considered ‘gravely immoral’ create confusion and discord among believers,” said Brian Burch, president of CatholicVote. “Catholics’ concern about the flouting of Catholic social teaching by public leaders is less about politics and more about the integrity of the faith, along with reverence and respect due the Holy Eucharist.  This polling data should bolster the confidence of Catholic bishops as they prepare to discuss how to recover an understanding of the beauty and richness of the sacrament – among all Catholics.  The data is very clear: Bishops have an obligation to act.”

This national poll comes just days before the United States Conference of Catholic Bishops’ Spring General Assembly where they are expected to discuss a proposal to create a teaching document on “eucharistic coherence.”  Part of that discussion is expected to include whether Catholic politicians who support abortion and other substantive policies contrary to Catholic teaching should receive communion. It also comes as President Joe Biden, who openly advocates for unlimited abortion at taxpayers’ expense, visits Pope Francis at the Vatican. Seventy-two percent of Catholics in the pews surveyed agreed that this discussion among the bishops should take place.

Other key findings include:

You can view the poll here: https://catholicvote.org/wp-content/uploads/2021/06/CatholicVote-Mass-Attendee-Public-Poll-06-2021.pdf

CatholicVote.org is a national faith-based advocacy organization, organized by faithful Catholic laity in full communion with the teachings of the Church, yet does not claim to speak for any individual bishop or the United States Conference of Catholic Bishops.