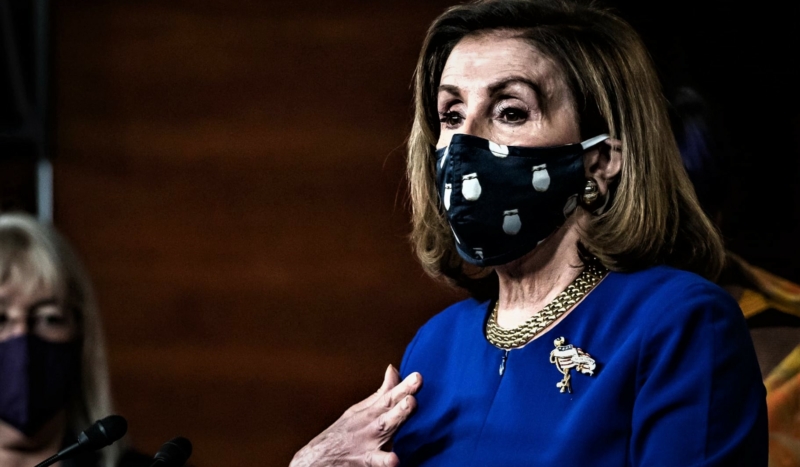 CV NEWS FEED // House Speaker Nancy Pelosi has again been rebuked by her bishop over her unwavering pro-abortion stance.

“The Hyde Amendment saved 2.4 million innocent babies,” Cordileone tweeted, along with a link to a news writeup of what Pelosi had done. “Catholics stand for human life and core human rights.”

Here, Cordileone referred to Pelosi’s recent citing of her Catholicism in a defense of her and other Democrats’ new priority of killing the Hyde Amendment and other pro-life protections customarily included in spending bills, a move which, if successful, will force taxpayers to fund abortions.

It is “something that has been a priority for many of us … a long time,” Pelosi told reporters in July:

“Let me repeat: no one can claim to be a devout Catholic and condone the killing of innocent human life, let alone have the government pay for it,” Cordileone said in a statement addressed to Pelosi at the time. “The right to life is a fundamental – the most fundamental – human right, and Catholics do not oppose fundamental human rights.”

“To use the smokescreen of abortion as an issue of health and fairness to poor women is the epitome of hypocrisy: what about the health of the baby being killed?” he said.

As CatholicVote reported, “Cordileone was also unimpressed with Pelosi’s claim that making taxpayers fund abortions is a way of doing right by ‘poor women.’ ‘What about giving poor women real choice, so they are supported in choosing life?’ Cordileone wrote.”

The archbishop also pointed out that many service providers who empower women in crisis pregnancy situations are Catholics who, in stark contrast to Pelosi, reject abortion. “It is people of faith who run pro-life crisis pregnancy clinics; they are the only ones who provide poor women life-giving alternatives to having their babies killed in their wombs.”

“I cannot be prouder of my fellow Catholics who are so prominent in providing this vital service,” Cordileone concluded. “To them I say: you are the ones worthy to call yourselves ‘devout Catholics’!”