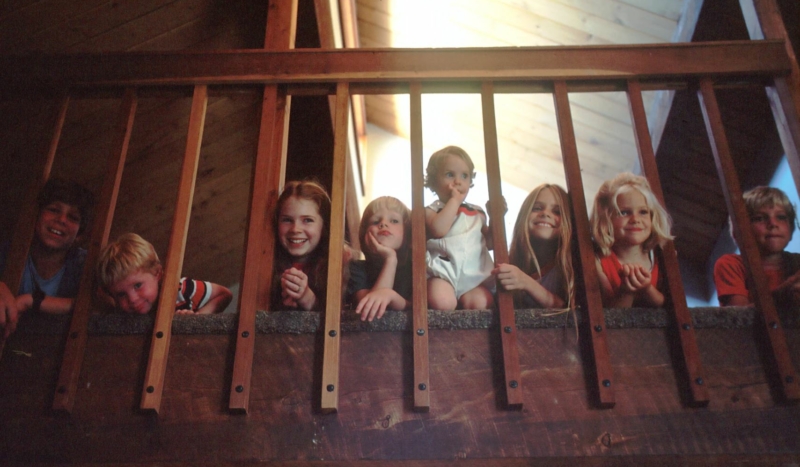 CV NEWS FEED // In the two weeks since the launch of Hide the Pride, numerous participants have reported their successes to CatholicVote.

Hide the Pride is a parent-led movement to remove inappropriate sex- and gender-related LGBTQ content from children’s displays in taxpayer-funded public libraries.

One participant said she heard about Hide the Pride on Relevant Radio, where host Drew Mariani touted the effort. “…I went to our Public Library & asked how many I can check out,” she said. The librarian told her she could check out 100 books.

“Upon walking into the main library, there’s this shelf, featuring ‘PRIDE BOOKS,’” the listener wrote. In all, she checked out 52 books at the front desk. She added that she will be praying for victims of LGBTQ ideology. “Thanks for the genius, yet simple way of HIDING THE PRIDE!” she wrote.

Others wrote in to CatholicVote simply to share photographs of “Pride” displays before and after being emptied of inappropriate materials.

“Here is what I did yesterday,” wrote one. “Thank you for helping us protect our children.”

An ongoing story in Dixon, IL, shows perhaps more than any other just how much of a difference parents can make in their community.

A young mom was in the Dixon Public Library for a “Family Night” when her one-year-old pulled the book Gender Queer off the shelf of a “Pride” display set up in the young adult section.

When she flipped through the book, she was appalled by the pornographic images she saw inside.

She and her husband, along with many other members of the community, used CatholicVote’s prewritten Hide the Pride letter template to write to the library director, the library board, and the mayor.

Word quickly spread through the small town, and people were outraged to discover the kind of material the library was providing to children. When the library board held their regularly scheduled board meeting days later, over 120 people showed up.

Even many of the pro-LGBTQ participants in the meeting agreed that the pornographic material and images in Gender Queer and some other books needed to be out of the hands of minors. New items cannot be voted on at the same meeting, according to the internal rules of the board, but the matter will come to a vote at the next meeting in July.

The Mayor of Dixon, Liandro Arellano Jr, released this statement to YAF: “My first reaction upon seeing these graphic sexual images was to be very disturbed that the book was targeting minors. I immediately alerted our City Manager to the public concerns and added my concern to that as well. The library board has also been made aware of the issues and should be discussing them at tonight’s library board meeting. In Illinois the city does not have direct control of the library, but we do have an oversight role. I think parents and leaders need to work together and be vigilant in any city, and Dixon is no exception. I’m glad this was brought to our attention.”

Anti-Parent Responses to Hide the Pride

On June 9 the American Library Association (ALA) reported that their “Office for Intellectual Freedom has received multiple reports over the last two days about individuals checking out all the books from a library’s PRIDE Month display to prevent other readers viewing or reading the books.”

The ALA report went on to claim that the concerned parents participating in Hide the Pride are not genuinely concerned for their children, and accused them of “hate.” “In many of the responses to Hide the Pride, defenders of targeting children with sexual ‘Pride’ content argued that parents’ efforts to defend their children would ‘backfire,’” CatholicVote reported:

Checking out the books, they argue, would alert library systems that the books are in high demand, resulting in even more child “Pride” books than before.

Another running theme among responses to Hide the Pride is that the parents who participate are acting only in their own interests, but depriving the general population of LGBTQ children’s books.

“These are silly arguments,” said CatholicVote Communications Director Joshua Mercer. “For one simple reason: They’re based on the assumption that there’s a natural market for these books.”

According to Mercer: “These books are being pushed by committed ideologues in academia and government. There’s absolutely no grassroots demand for this. If you look up the demographics in your town, in all likelihood the percentage of the population that identifies as LGBTQ is 5 percent or less. And among those, how many would want to push gender ideology on kids? Not all of them anyway, so you’re looking at a percentage of a percentage.”

The only reason these books are on display in taxpayer-funded libraries’ children’s sections throughout the country is because “activist librarians, elected officials, and members of the education establishment want them there,” Mercer said. “So they put them there, arbitrarily, without any input from the public.”

If libraries wanted to gauge interest in LGBTQ-themed books for kids to display in the children’s sections, they would consult the local parents, Mercer continued. “But that’s the whole point. They never consulted with parents or got their consent.”

“This is a clear-cut battle between parents and pro-LGBTQ officials,” said Mercer. “And I don’t buy these arguments that try to divide us against each other, as if parents who just want to protect their own children are somehow a threat to their neighbors. Again, it’s parents vs. these public officials gone rogue. And we’re winning.”

Parents who would like to participate in Hide the Pride themselves can start by reading CatholicVote’s instructions here.