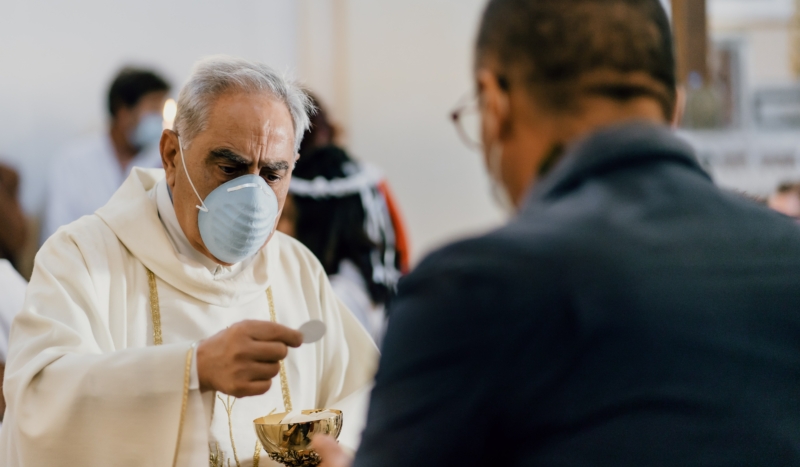 CV NEWS FEED // The Associated Press released a scathing report on Catholic institutions that received government aid during the pandemic lockdowns last year. The massive report amounted to an in-depth audit, examining the finances of nearly 200 Catholic dioceses in an attempt to judge their relief money against their existing assets.

Buried in the AP report are a few observations from Church officials, who have pointed out that Catholic efforts deserved the same support as the operations of other institutions during the lockdowns of 2020:

Church officials have said their employees were as worthy of help as workers at Main Street businesses, and that without it they would have had to slash jobs and curtail their charitable mission as demand for food pantries and social services spiked. They point out the program’s rules didn’t require them to exhaust their stores of cash and other funds before applying.

“The AP’s assessment of church finances is among the most comprehensive to date,” the AP admitted. And that singling out of the Catholic Church is already generating blowback.

As the AP itself acknowledged,

Church leaders have questioned why AP focused on their faith following a story last July, when New York Cardinal Timothy Dolan wrote that reporters “invented a story when none existed and sought to bash the Church.”

CatholicVote President Brian Burch offered a similar sentiment Thursday. “Radical secularists were hoping the pandemic would kill off the Church,” said Burch. “But their anti-religious hatred has no basis in the Constitution. The government is not playing favorites if it ensures no one is fired because of a global pandemic.”

“The government cannot forcibly shut down churches and schools, and then single them out as disqualified for aid, while providing billions to every other institution, business and charity,” he continued. “To even suggest so reeks of shameless anti-Catholic bigotry.”

As CatholicVote reported in 2020, one consideration is the scale of Catholic operations in America. Taking just education alone, Catholics offer a service that saves American tax dollars year in and year out, and “if every Catholic school in the country had to shut down, it would cost the taxpayers $24 BILLION to teach these students in our public schools.”

Canon Lawyer Ed Condon called the AP report “a hot mess of sensationalism,” and accused the AP of making “zero attempt to understand the nature of and relationships between different institutions like parishes, charities, schools and dioceses.”

Condon suggested that the report was an effort to villainize the Catholic Church in America.

“It dumps everything into one box labeled ‘rich Catholics,’” he concluded. “It will come as bitter mockery to the many Catholic organizations which have struggled to keep going through the pandemic, and the workers they have had to let go or cut the pay of.”