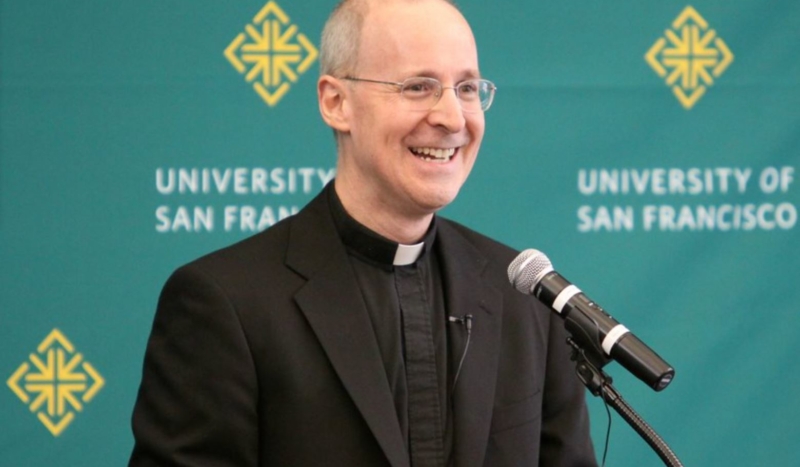 “I found it shockingly harsh and not at all in keeping with what Jesus and the Gospels are about,” said Sister Simone Campbell of the U.S. Bishops’ staunch defense of religious liberty in the face of the Equality Act.

A recent statement from the bishops was “the antithesis of the teaching of Pope Francis, who says we should ground our policies in the experience of those at the margins of society,” Campbell argued.

Months after a form of the Equality Act was proposed in 2019, Pope Francis caused a stir by issuing an official Vatican statement condemning “gender ideology.” That statement, titled “Male and Female He Created Them,” was issued during what LGBT activists call “Pride Month.”

The ABC News report quoted Fr. James Martin as arguing that “if every effort to prevent LGBTQ discrimination is opposed by the Catholic Church because it supposedly ‘redefines gender,’ then no efforts will be supported whatsoever.”

Martin concluded: “The question the church must ask itself is: When will we stand up against the real-life discrimination — the violence, harassment and bullying — that LGBTQ people encounter?”

In fact, American Catholic officials, often citing a relevant passage of the Catechism of the Catholic Church, have regularly spoken against any unjust or cruel treatment of people who identify as LGBT.

Paragraph 2358 of the Catechism states that the homosexual inclination, “which is objectively disordered, constitutes for most of them a trial:”

They must be accepted with respect, compassion, and sensitivity. Every sign of unjust discrimination in their regard should be avoided. These persons are called to fulfill God’s will in their lives and, if they are Christians, to unite to the sacrifice of the Lord’s Cross the difficulties they may encounter from their condition.

But the Catholic leaders who believe in and preach that message also oppose the Equality Act. As many of them have argued, the Equality Act is not in fact simply an effort to defend people from unjust treatment.

CatholicVote recently reported that Ethics and Public Policy Center President Ryan T. Anderson, a Catholic, has argued that the Equality Act is not a “shield” for would-be victims of discrimination, but a “sword” designed to persecute religious believers.

As Anderson concluded, the bill’s prescriptions would transform American anti-discrimination law so radically that “Pope Francis would be treated as the legal equivalent of a Jim Crow supporter.”