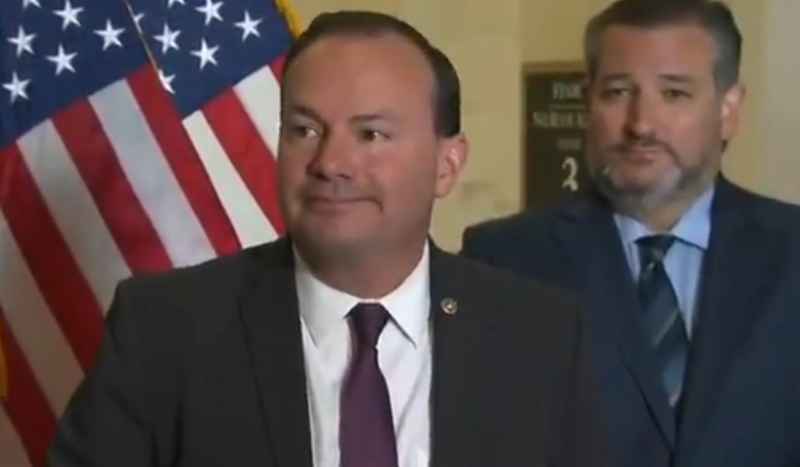 The senators’ bill comes after MLB pulled its All-Star game from Georgia in protest against the state’s recently-passed election integrity bill.

“We’re here today to talk about legislation to remove the antitrust exemption that’s long been enjoyed by Major League Baseball,” Lee said at a press conference Tuesday. “It’s important to remember that this exemption was created from whole cloth by the Supreme Court 99 years ago.”

Since then, the senators argue, powerful corporations like MLB have used their uninhibited status to heavily pressure politicians, proving that some antitrust exemptions can be harmful to America’s political processes.

Cruz told reporters Tuesday that what “prompted this legislation being introduced was Major League Baseball’s decision to pull the All-Star game out of Atlanta, Georgia.”

Georgia’s election bill did, in fact, feature expansions of voting opportunities — including a wider window for early voting, a no-questions-asked absentee ballot provision, and the formalization of a new vote-by-dropbox system — while also adding new restrictions to ensure against voter fraud, such as a photo-ID requirement for mail-in ballots.

The introduction of the bill to remove baseball’s antitrust exemption comes just a day after one of the senators introduced broad legislation to rein in powerful corporations across many industries.

Sen. Josh Hawley’s bill would “crack down on mergers and acquisitions by mega-corporations and strengthen antitrust enforcement to pursue the breakup of dominant, anti-competitive firms,” according to a Monday statement from the senator’s office.

The senators are no doubt also spurred by the recent news of over 100 high-powered corporate leaders holding a meeting to strategize against election integrity laws under consideration in state legislatures across America — an event which Hawley described as “Oligarchy defined: The most powerful corporations in America get together to plan how to control legislation in dozens of states.”

“I think the last few weeks have made something very clear that has always been true in American history, and that is monopoly and liberty do not go together,” Hawley told reporters Tuesday. “Monopoly is the enemy of the people’s freedom.”