Leading U.S. Bishop: ‘Devout Catholic’ Biden Should ‘Act Like One’ 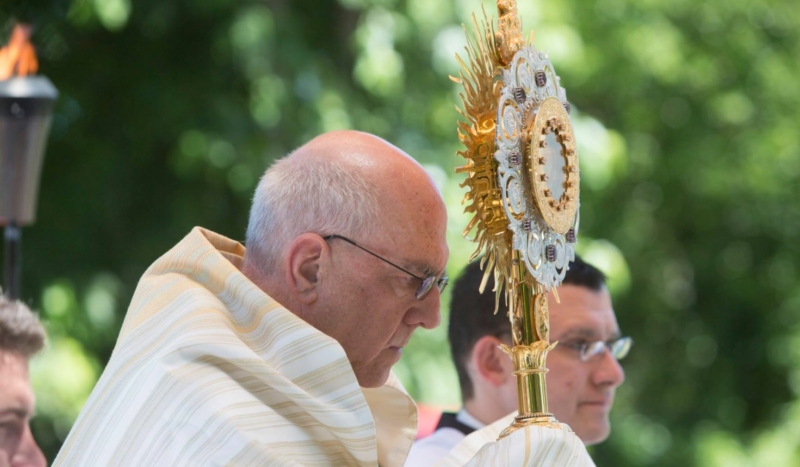 CV NEWS FEED // The head of the U.S. bishops’ pro-life committee accused President Joe Biden of being “in the control of abortion extremists” and called on the president to “begin acting like” the “devout Catholic” he has claimed to be.

Archbishop Joseph Naumann’s sharp rebuke of the Biden administration came in an interview with EWTN News Nightly on Friday, Oct 8.

“He likes to call himself a ‘devout’ Catholic,” Naumann said of the president:

I would urge him to begin to act like one, especially on the life issues. And to let his faith really inform his conscience and the decisions that he’s making, not the platform of his party.

Naumann was initially asked to comment on the Biden administration’s recent reversal of a Trump-era rule against sharing taxpayer dollars with abortion industry leaders such as Planned Parenthood.

The archbishop, however, pointed out that this was only the latest of many decisions which show Biden’s failure to live up to his status as the country’s second Catholic president.

As the Catholic News Agency reported:

Right now, the archbishop said, the Biden administration is “looking for every opportunity to expand abortion,” and this latest reversal is “just one more casualty along that train.”

This is indeed the latest of many instances in which the Biden administration has confronted Catholic leaders over the Church’s teachings on the sanctity of life.

While Biden spokeswoman Jen Psaki regularly defends the president as a “devout,” churchgoing Catholic, she has just as regularly rebuffed appeals from bishops on behalf of the unborn.

In April, a reporter raised bishops’ concerns over a new Biden policy to allow scientific experimentation on unborn children. As CatholicVote reported, Psaki replied that the administration simply “disagrees” with the bishops.