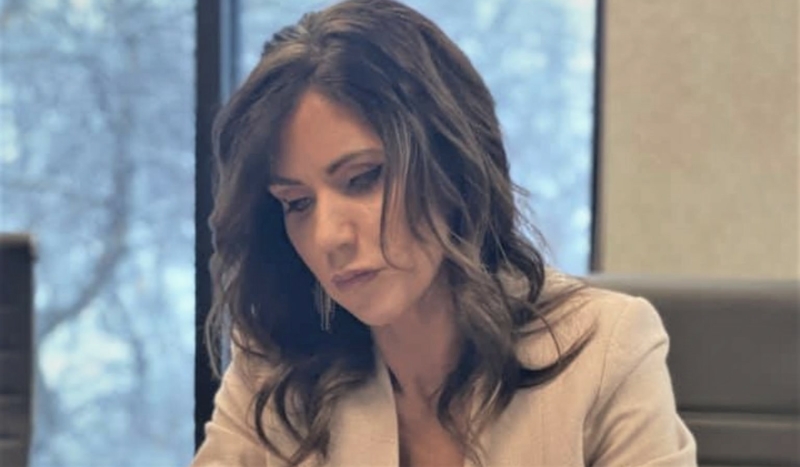 CV NEWS FEED // Gov. Kristi Noem, R-SD, effectively vetoed for a second time a bill that would prevent biological males from competing against girls and women.

Noem’s final rejection of the bill came just over a week after she issued a first veto. She worded the initial veto gently, presenting it as a modest directive about “style and form,” and hedging against accusations that she was caving under intimidation and pressure from national pro-LGBT organizations like the NCAA (National Collegiate Athletics Association).

In rejecting the bill Monday, Noem framed her action as not being a veto, although effectively it was. “Pursuant to the constitutional provision above, returning the bill is a [sic] not a veto,” her statement concluded. “Rather, the constitution provides that the legislature’s failure to accept my recommendations requires that the bill be treated as if it was vetoed.”

With this second rejection, however, Noem has decisively crushed the bill.

As CatholicVote reported earlier this month, conservative supporters of the governor are blindsided by her reversal on such a key issue for the political right.

Many of the bill’s backers were also admirers of Gov. Noem herself, who has come to be known as a courageous leader against the demands of the political and corporate Left. Just this month, the governor boasted of “defending women’s sports” on social media, adding “I’m excited to sign this bill very soon.”

“For over a week since she first announced her ‘style and form’ veto, Gov. Noem has been trying to present herself, against all evidence, as a champion for female athletes,” Schilling wrote.

The governor’s “attempt to reposition herself as a leader in defending Title IX” was only a recent development in a career in which she had “never spoken out on the issue before,” he argued, but nonetheless “she’s repeatedly stated that she would support legislation to protect girls’ sports, as long as a few supposedly small tweaks were made.”

Schilling observed that those “tweaks” were not “small,” however. They “fundamentally subverted the entire bill,” and the State legislature “rightly rejected Noem’s changes, 67-2.” This left Noem with “a final choice: back up her claim to be a defender of girl athletes by signing the bill or complete her capitulation to the woke NCAA and activist business interests by letting it die.”

Since Noem chose to kill the bill, Schilling pointed out, she is now “the only Republican governor to date to refuse to sign legislation protecting girls’ sport when given the opportunity.”

“There should now be no illusion as to the kind of leader Kristi Noem is,” Schilling concluded:

In this past week, voters in her state and nationwide have seen her surrender to the left, engage in political theater to distract from that surrender, and now refuse to change course despite being called out for it. This failure to stand up when it mattered most will define Noem for the rest of her career and will certainly haunt her should she decide to run for any office in the future. Conservatives will not forget it.