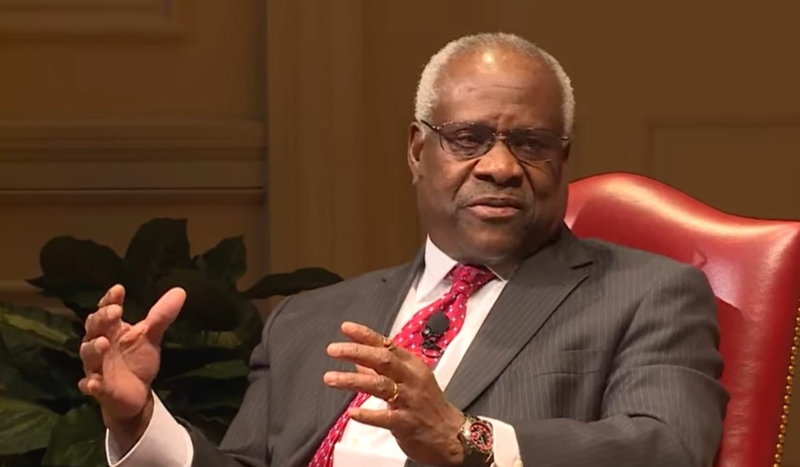 CV NEWS FEED // Justice Clarence Thomas warned an audience of students at the University of Notre Dame about the dangers of “destroying” American institutions like the Supreme Court just because they get in the way of what social movements want.

In the rare address to over 800 students, The Hill reported, Thomas said that America has “gotten to the point where we’re really good at finding something that separates us.”

Thomas, however, warned against “destroying our institutions because they don’t give us what we want, when we want it.”

The Supreme Court recently rejected an emergency request from abortion groups to halt the enforcement of a Texas law that protects the unborn from abortion after six weeks of gestation. Thomas has called on the Supreme Court to revisit the Roe vs. Wade ruling that legalized abortion in all 50 states, suggesting that it was wrongly decided.

Justice Thomas, who is Catholic, was matter-of-fact about the role abortion politics has played in media coverage of the Supreme Court. During now-infamous hearings before the Senate Judiciary Committee, then-nominee Thomas faced accusations of sexual impropriety which many now recognize as trumped-up slander meant to derail his confirmation for political reasons.

President Joe Biden, then the head of the Senate Judiciary Committee, led the charge against the judge in the hearings. To Biden’s face, Thomas called the scandal a “high-tech lynching.”

On Thursday, according to the Associated Press, Thomas said “the craziness” of his hearings “was absolutely about abortion….”

Thomas’ remarks this week come amid a growing movement on the political Left to “pack the Court” by creating extra seats on the bench, to be filled by pro-choice judges in order to stave off future rulings that might threaten the legal status of abortions.

While President Biden has emphatically condemned the idea of court-packing in the past, he has recently appeared to reconsider it. Earlier this year, the White House commissioned a study group to examine, among other things, the possibility of adding additional members to the nine-justice Supreme Court.

Justices from the late Ruth Bader Ginsberg in 2018 to the liberal Stephen Breyer in 2021 have denounced court packing and admonished fellow liberals not to pursue it.

In a speech last week, Justice Amy Coney Barrett made several remarks similar to Thomas’ on the topic of reducing the Court to a tool for partisan purposes. “My goal today is to convince you that this court is not comprised of a bunch of partisan hacks,” she said. “Sometimes, I don’t like the results of my decisions. But it’s not my job to decide cases based on the outcome I want.”

On Thursday, Thomas also said that ruling based on one’s own political position in an issue is “not the role of the judge.”

“You do your job and you go cry alone,” he said.