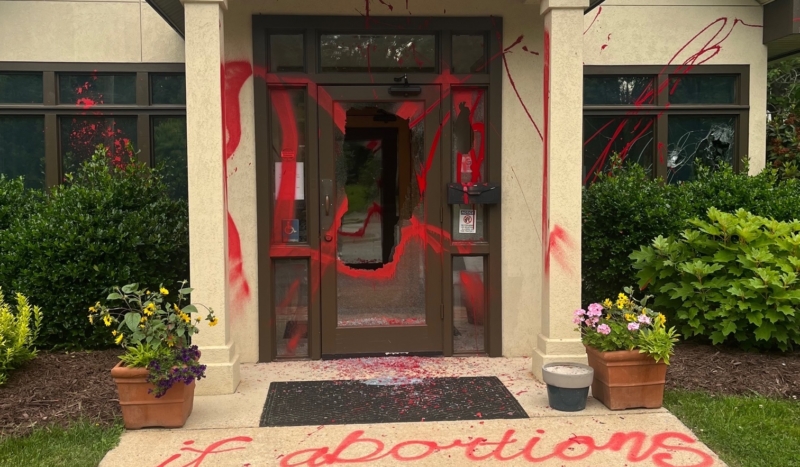 CV NEWS FEED // The House is slated to vote on Wednesday, January 11, on the Protect Pregnancy Care Centers Act, a bill that would require “an Inspector General report on domestic violence extremism against pregnancy centers.”

The text of the bill confronts the Biden administration’s Department of Justice for failing to act on behalf of clinics that have been attacked and threatened, and gives the DOJ 90 days to provide an extensive list of internal communications about the violence as well as assurances that the administration will finally take sufficient action.

“This resolution should receive unanimous support in Congress, no questions asked,” said CatholicVote President Brian Burch. “And Democrats should know that Americans, especially Catholics and our pro-life allies, are watching. Will they stand with the majority of Americans against these radical pro-abortion threats and acts of violence, or are they more concerned about standing with the abortion lobby?”

CatholicVote is encouraging citizens to contact their representatives through an online portal (which readers can find here) and urge them to vote Yes on the Protect Pregnancy Care Centers Act this week.

“Congressman Chris Smith of New Jersey, along with dozens of co-sponsors, has introduced a resolution in the U.S. House of Representatives condemning the violence and requiring the Department of Justice to investigate these attacks,” CatholicVote states in its call for feedback. “Contact your congressman today and urge him/her to vote YES!”

Burch, for his part, has repeatedly confronted the Department of Justice over attacks by radical left-wing groups. In response, the DOJ has been almost completely silent. The Department’s last communication with CatholicVote was nearly a year ago, in January 2022.

The new bill comes before Congress amid an explosion of violence by pro-abortion groups against clinics dedicated to offering services, often for free, to women in crisis pregnancy situations. CatholicVote has tracked at least 78 attacks against pregnancy resource centers and offices of pro-life groups, including vandalism and firebombing, since May 2022.

Pro-abortion leaders have added incendiary rhetoric against the resource centers to the ongoing rash of violence. Sen. Elizabeth Warren, D-MA, has blasted the pro-life organizations as “fake clinics” and baselessly accused them of “torturing” expectant mothers while calling on members of her party to “crack down” on pro-life centers.

Public opinion, meanwhile, is overwhelmingly against the violence. A Becket Fund for Religious Liberty poll found that 92% of respondents opposed using violence against pro-life pregnancy centers.

The bill’s preamble goes on to note pro-abortion violence against the centers, and to confront the Department of Justice for failing to address the alarming issue.

“It is the sense of Congress that … terror attacks against pregnancy centers, including arson, fire bombings, vandalism, and other property damage, violate section 248 of title 18, United States Code, and are punishable by fines and imprisonment,” the bill states, adding that the Department of Justice “has abdicated its duty and failed to provide justice for victims of violence.”

If passed, the bill would give the DOJ 90 days to address the violence and give an account of its internal actions on the issue to date.