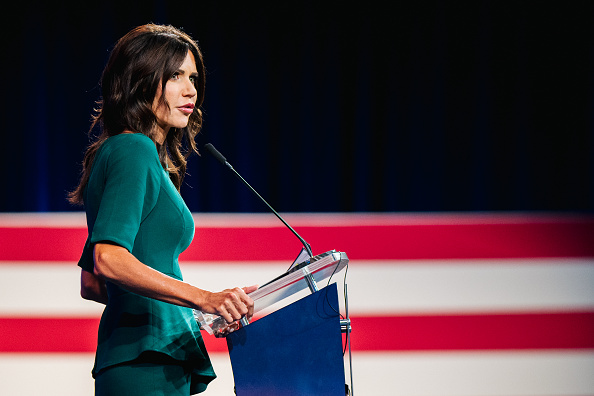 “Only female athletes, based on their biological sex, may participate in any team, sport, or athletic event designated as being for females, women, or girls,” a draft of the legislation states. “For purposes of this section, biological sex is either female or male as described by the sex listed on the athlete’s official birth certificate issued at or near the time of the athlete’s birth.”

As CatholicVote reported in March, Noem faced a massive backlash among conservatives when she vetoed a bill to protect women’s sports. Schweppe was among her foremost critics at the time, writing that her veto had “infuriated both sides and nuked her own political future.”

“If Governor Noem gets this done, South Dakota would become the tenth state to defend women’s sports,” Schweppe wrote of the new bill. “Noem would be joining a coalition of courageous governors including Brad Little of Idaho, Greg Gianforte of Montana, Jim Justice of West Virginia, and Ron DeSantis of Florida.”

“The early action of these governors helped pave the way for more states to follow suit in protecting women during next year’s legislative sessions,” Schweppe added. “We expect to see women’s sports bills introduced, and hopefully passed, in at least a dozen states in addition to South Dakota in 2022.”