Gov. DeSantis May Cut Off Salaries of Education Officials Who Mandate Masks 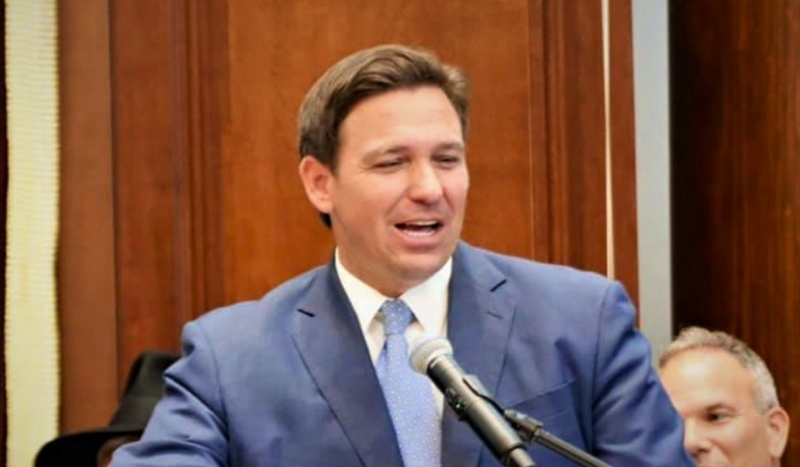 CV NEWS FEED // Gov. Ron DeSantis, R-FL, announced that the Florida Department of Education may cut off the salaries of education officials who impose mask mandates.

The warning comes shortly after DeSantis signed an executive order banning the implementation of mask mandates in Florida schools. Hedging against possible resistance to that law by some school board members and superintendents, DeSantis’ office stated Monday:

With respect to enforcing any financial consequences for noncompliance of state law regarding these rules and ultimately the rights of parents to make decisions about their children’s education and health care decisions, it would be the goal of the State Board of Education to narrowly tailor any financial consequences to the offense committed. For example, the State Board of Education could move to withhold the salary of the district superintendent or school board members, as a narrowly tailored means to address the decision-makers who led to the violation of law.

While teacher unions and some education officials have continually tried to frame their interests as aligned with the best interests of students — including their attempts to impose mask mandates and other unpopular restrictions on students — DeSantis argued this week that he believes parents and students should have pride of place in decisions relating to education.

“Education funding is intended to benefit students first and foremost, not systems,” DeSantis’ office wrote. “The Governor’s priorities are protecting parents’ rights and ensuring that every student has access to a high-quality education that meets their unique needs.”

DeSantis’ recent rhetoric in favor of school choice coincides with a national boom of interest in alternatives to the public education system, which has been fueled in part by controversial decisions on the part of teachers unions and school officials.

including 83% of Republicans, 70% of Democrats, and 69% of independents, according to [a RealClear Opinion Research] poll, which was conducted in June. A majority (66%) of both Republican and Democrat poll respondents also supported giving public education funding directly to parents, rather than the education system, “to use for home, virtual, or private education expenses.”