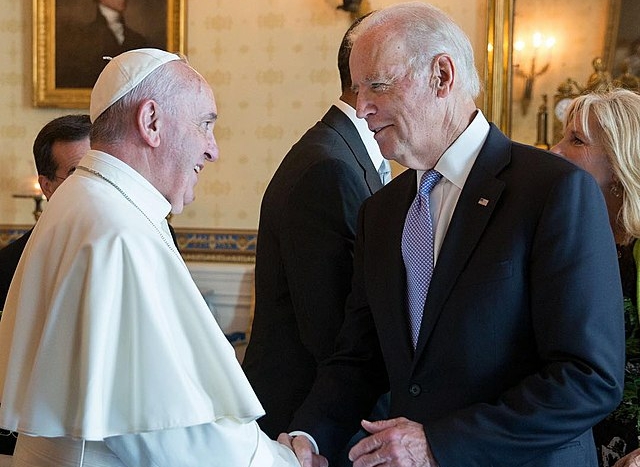 President Joseph R. Biden, Jr. said in a statement that the new state ban on abortions after six weeks “will significantly impair women’s access to the health care they need, particularly for communities of color and individuals with low incomes.”

The president also objected that Senate Bill 8, which Republican Gov. Greg Abbott signed in May, allows pro-life advocates to sue any abortion providers or individuals who “aid or abet” a woman in violating the ban.

“My administration is deeply committed to the constitutional right established in Roe v. Wade nearly five decades ago and will defend and protect that right,” Biden added, clarifying that he supports abortion on demand.

Brian Burch, president of CatholicVote.org, responded that the Texas law should be cause for celebration on such a historic day — particularly among Catholics like Biden who claim to be devout.

“Protecting innocent unborn human life is foundational to building a civilization of love,” Burch said. “For this reason, it is also beyond shameful to see a Catholic President of the United States attack this effort to protect children and mothers in Texas.  Catholics are called to defend the weakest and most vulnerable.  Once again President Biden betrays his faith.”

Burch referenced the bill’s reputation as “the heartbeat law” because a baby already has a heartbeat and developing blood vessels, spinal cord, and brain at six weeks. He also noted that Texas legislators voted to invest $100 million to help mothers, including pregnancy centers, adoption agencies, and maternity homes, to provide free services including counseling, parenting help, diapers, formula, and job training to mothers who seek to keep their babies.

Unfortunately, the notion of passing any law that makes it easier for women to keep their babies seems foreign to Biden’s stance of presenting himself as a “devout Catholic” while systematically promoting abortion on demand.

And in spite of this stance, new polling Wednesday suggested that devout Catholics themselves do not support Biden.

Although Biden’s press secretary Jen Psaki and the media describe him as a “devout Catholic” whenever the topic of abortion comes up, a new Pew survey reported Wednesday that the majority of devout Catholic churchgoers favored Donald Trump over Biden in the last election. By contrast, Biden enjoyed majority support only among Catholics who do not attend Mass regularly.

“As in previous years, voters who frequently go to religious services—defined as those who attend at least monthly—were more likely to vote for the Republican candidate in the most recent presidential election, while less frequent attenders were more likely to back the Democrat,” reported the Pew analysis.

Even as he advocates for abortion on demand, the nation’s second Catholic president enjoys flashing his rosary beads to world leaders and others whenever possible.

But because of Biden’s public pro-abortion stance, the U.S. bishops have also pondered denying Holy Communion to him until he repents of his position, which directly contradicts the perennial Catholic teaching that abortion is immoral in all circumstances.

Biden’s support among non-observant Catholics stands at odds with his own insistence when he’s in Washington on attending Mass every Sunday at Georgetown’s Holy Trinity parish, a progressive congregation that refuses to deny him Communion.

CatholicVote reported on Monday and earlier on Wednesday that the law had been cleared by the 5th U.S. Circuit Court of Appeals and the U.S. Supreme Court, both of who rejected emergency motions by abortion providers to block it.

Critics have complained that many women do not even know they are pregnant before six weeks, meaning the Texas law would stop most abortions in the state.

But it remains to be seen if the law is executed in a way that has that effect.

By enforcing itself through private lawsuits, the new law targets the deep pockets of the abortion industry itself, rather than criminalizing or penalizing women seeking abortions in any way. This novelty allowed it to evade traditional enforcement-based arguments that abortion advocates have used to stop six-week bans in the past.