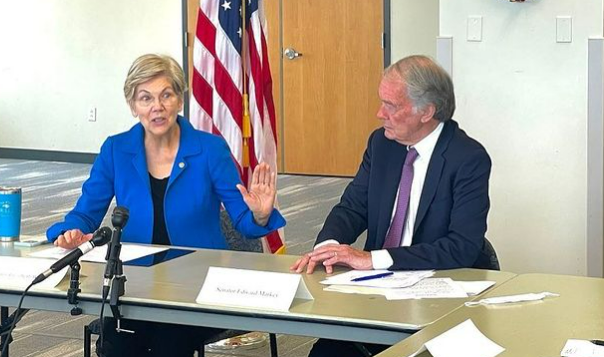 In a roundtable discussion with “abortion rights” groups in Boston on Wednesday, Sen. Warren targeted pregnancy resource centers, designed to provide pregnant women with free or inexpensive care in an effort to support struggling mothers seeking options other than abortion.

“Here in Massachusetts, these so-called crisis pregnancy centers outnumber genuine abortion clinics by three to one,” Warren said. Reports show that Warren says women walk into these centers believing they will get abortions, but instead are talked out of it.

Warren said that crisis pregnancy centers consist of “people who wish them harm” and that this “has to stop.” Warren cited no example or explanation behind her claim of wrongdoing by pregnancy resource center workers. The left-wing senator calls herself “pro-choice,” but has said those encouraging women to choose life are pulling a “bait-and-switch.”

Warren’s attack on pregnancy resource centers calls into question a traditional Democratic Party talking point of being “pro-choice” rather than “pro-abortion.”

After the Supreme Court’s overturning of Roe vs. Wade in its Dobbs vs. Jackson Women’s Health Organization decision on June 24, states have more power than ever over abortion policy. Warren has expressed her desire to take action over what she calls the “deceptive practices” of crisis pregnancy centers.

On Wednesday, one legislator from Washington publicly praised the vandalism of pro-life signs. This comes after 51 reported attacks on pregnancy resource centers in the U.S. over just the past two months.