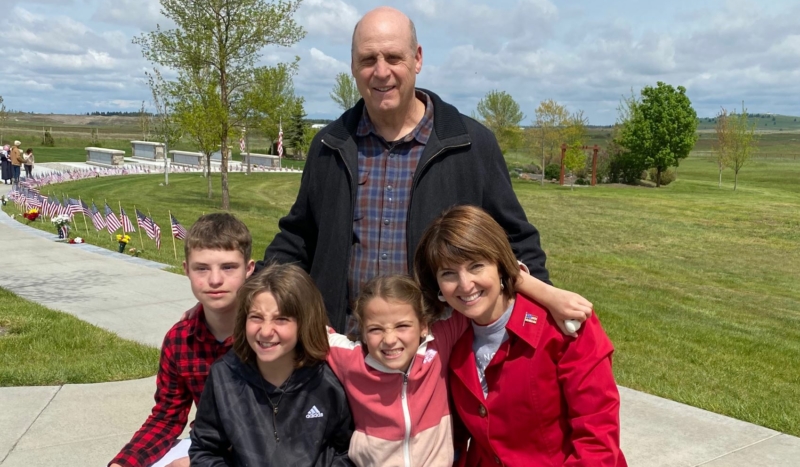 Rep. Rodgers on Wednesday told members of the Energy and Commerce Committee that bills HR 8296, the Abortion on Demand Until Birth Act, and HR 8297, the Loopholes for Child Traffickers Act, “go far beyond” Democrats’ stated purpose of “codifying” Roe vs. Wade into federal law.

The Abortion on Demand Until Birth Act “nationalizes abortion for all nine months of pregnancy, making America just as radical as China and North Korea,” Rodgers pointed out.

The bill, which would allow for abortion-on-demand until the point of birth, does in fact come close to matching the current policy in North Korea.

“It legalizes discriminatory abortions based on sex, race, and disability—what used to be plainly and clearly called eugenics,” Rodgers said, adding that such measures have nothing to do with protecting the health of women, but only serve to force an extreme agenda on Americans.

CatholicVote’s Director of Government Affairs Tom McClusky on Wednesday said that he agreed with Rodgers’ claim that both bills are “more radical than Roe.”

“The bills go further than merely ‘codifying Roe,’” McClusky confirmed. “They would force taxpayers to pay for abortions and also force healthcare professionals to participate in and facilitate abortions.”

McClusky explained what the bills would mean for lawmakers. “If you are a state legislator and introduce legislation to protect the unborn, the DOJ would be authorized to investigate you for violating this false ‘right to an abortion,’” he said.

“I have many questions and concerns, the biggest around human trafficking, minors, and also parental consent,” Rodgers said:

First, it stops health care professionals, social workers, and schools in every state from reporting instances of child abuse and neglect because that could be seen as delaying or hindering access to abortion.

It also undermines parental consent. Parents can be targeted by the federal government and sued for wanting to help their child and asking them to delay out-of-state travel to get an abortion.

“Finally,” she concluded, “this bill stops states from preventing abortion pill mills and gives traffickers and abusers more direct access to chemical abortions in all 50 states.”

For Rodgers, the “abortion for babies with disabilities” argument is personal to her, as she has a son with Down Syndrome. She made an analogy to the worsening suicide crisis among America’s young people. “Surely, we all agree that to rescue them from despair, we tell them the truth that their lives are worth living,” she said:

We help them revive meaning in their lives by celebrating what makes them unique, and reminding them that no one is meant to go through the harsh, heartbreaking, and challenging trials of life alone and afraid.

With all but one Democrat in the House supporting the bills, Rodgers asked, “How do we help the most marginalized in society if the human rights of the weakest and most vulnerable aren’t recognized or protected?”

McClusky, referring back to CatholicVote’s tracker of pregnancy centers attacked by pro-abortionn terrorist groups, says that “we are seeing daily violent attacks on centers whose sole purpose is helping women and children, while the Biden administration and Democrats in Congress remain silent.” The violence and Democrats’ silence about it affirms Rodgers’ comment that “this abortion agenda for all nine months of pregnancy will entrench a culture of fear, pain, and dehumanization,” McClusky argued.

“In the shadow of this, Democrats in Congress are looking to instead use the power of the federal government to go after these life-affirming institutions,” McClusky said.

Rodgers pointed out on Wednesday that “76 percent of women seeking an abortion say they would choose life if their circumstances were different,” but bills like the ones currently under consideration, “instead of promoting ways to lift more women up with better health care, education, and financial stability and change their circumstances,” are actually “spreading fear, anxiety, and misinformation.”

McClusky lamented that Democrats will most likely “ignore” Rodgers’ comments. “She is the true hero though,” he said, “as she chose life for her child when everyone else was telling her not to.”