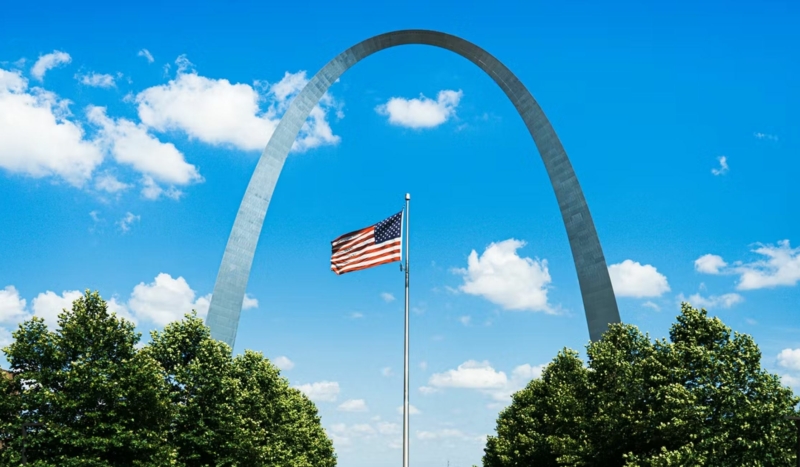 Local CVAN member Phil Blahut recently spearheaded a CatholicVote presence at the 23rd Annual St. Louis Marian Conference. Using materials shipped directly from CatholicVote to the conference, he and his fellow members shared the organization’s work – and merch – with attendees.

“There were people there from 22 states,” Blahut said:

We had people coming by us regularly, and it gave us a chance to talk one-on-one. Over half of the people who walked by us were already getting The LOOP or had heard of it. So it made it really easy for us to get more signed up. There were dozens who scanned and signed up. 75-80 came by.

The LOOP, CatholicVote’s daily newsletter, was Blahut’s introduction to CatholicVote as well.

“I was looking for more info. Around the 2016 election, we were looking for news you could trust,” he said. He found what he was looking for in The LOOP, which a fellow Catholic recommended to him. “Once we got it we shared it with all of our family members, and now they all love it.”

In fact, he and his local Catholic community share and discusses the news from the LOOP on a daily basis. “Me and friends in the area, we all share back and forth what we read in the LOOP.”

Now he dreams of seeing LOOP billboards along the busy highways leading to and from St. Louis.

Once The LOOP connected him to CatholicVote, he realized that with the Action Network’s support system, Catholics in his city could organize and really make a difference in local and national elections.

CatholicVote sent a representative to help, and Blahut remembers that “we were impressed with the fact that there was a group of volunteers to make phone calls and get out the vote,” he recalled.

Blahut believes that among Mass-going Catholics in Kansas City and St. Louis, however, there are definitely the numbers to change election outcomes. “St. Louis’ future is really controlled by the Catholic vote,” he noted.

He’s also hopeful about the fact that “there’s a lot of Catholics now wanting to go back to their traditional faith.”

“There’s a lot of young people saying ‘We don’t like what’s going on,’” he said:

And a lot of them are learning about their faith, because they don’t have anything else to hang onto. We’re seeing young people attending Mass beyond what we ever dreamed of. They’re probably more conservative than their moms and dads are.

Events like the Marian Conference are a sign of change for the better for Blahut and his fellow CVAN volunteers. American Catholics need to revive their faith in “the great power of the intercession of St. Joseph,” he said. St. Joseph was a major focus of the most recent conference. “One of the things we’re missing in this world is a good family, a good home life, and the intercession of the Mother,” he added.

This year, Blahut’s takeaway from the conference was confidence in Mary’s intercession: “Do not forget about the grace and the intercessory powers of Mary through her Son and what she can do to help us and our country.”

“Prayer – that’s the only way we’re ever going to change, and we gotta change ourselves and we gotta pray that she would change the world again,” he said. “She’s done it several times in history. And history can repeat itself. And we truly expect her to do it again.”

For more information on CatholicVote’s Action Network and how you can bring it to your city, visit this link.