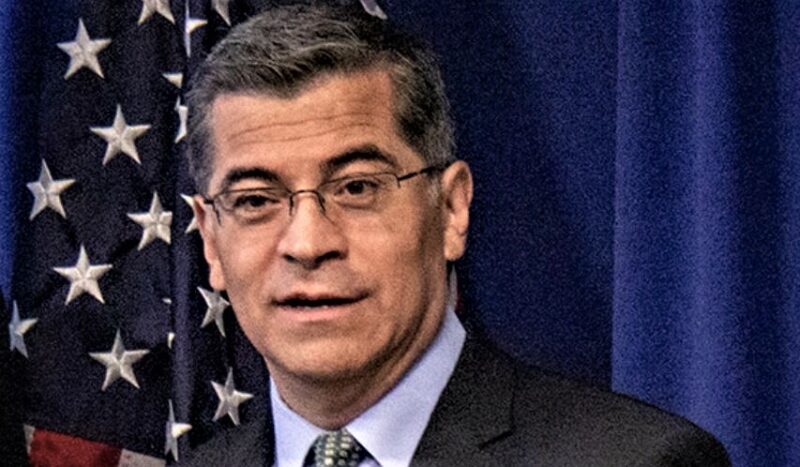 Sen. Joe Manchin, D-WV, a moderate Democrat who represents the pro-life state of West Virginia, is uncertain about President Biden’s pick to become Secretary of Health and Human Services.

A spokesman for the senator told The National Review Monday that “Senator Manchin has not yet decided if he will support Rep. Becerra’s nomination.”

In the 50-50 Senate, Democrats can confirm any Cabinet nominee without a single Republican vote. But if any Democrat were to announce his opposition to Becerra, Biden’s team would have to find a Republican senator to back the nominee.

Becerra is seen by many as a representative of the far-left-wing of the Democrat Party. His career shows a pronounced commitment to the priorities of the abortion industry lobby, and a just-as-pronounced aversion to socially conservative causes such as religious freedom.

Manchin has spoken forcefully against progressive initiatives such as the repeal of the Hyde Amendment, and proudly calls himself a life-long Catholic.

If Manchin were to oppose Becerra, Democrats would likely try to win over Lisa Murkowski of Alaska and Susan Collins of Maine. Of the 50 Republicans in the Senate, these are the only two who support legal abortion.

While Murkowski and Collins support abortion, they might not sign off on Becerra because of criticisms that he has used the power of his office to advance the agenda of the Democratic Party.

For example, Becerra stands out as one of only a controversial few Democrats who endorse so-called “single-payer” healthcare. As Sally Pipes wrote for The Washington Examiner Monday:

During his 24 years representing parts of Los Angeles in Congress, Becerra co-sponsored “Medicare for All” legislation four times. After replacing Kamala Harris as attorney general of California in 2017, following her election to the Senate in 2016, Becerra announced that he would “absolutely” support Medicare for All “if we had an opportunity to put that forward in the state of California.” If confirmed, he could make that dream a reality.

According to The Hill, Senate Majority Leader Chuck Schumer, D-NY, told the Senate this week that the president “deserves to have his nominees approved quickly by this chamber so they can immediately get to work healing our great country.”

But the problem Xavier Becerra, critics have argued, is that his track record is not conciliatory or healing.

CatholicVote produced an online petition against Becerra’s confirmation, which stated in part that “he has spent his public career as a radical left-wing culture warrior, attacking everyone from crisis pregnancy centers to the Little Sisters of the Poor.”

“Becerra has shown himself to be an extreme ideologue and puppet of the abortion industry,” the petition continued. “If confirmed, his record of hostility toward people of faith and pro-life Americans will only further divide the country and create unnecessary conflict and harm.”

The CatholicVote petition had gained nearly 40,000 signatories as of Monday evening.