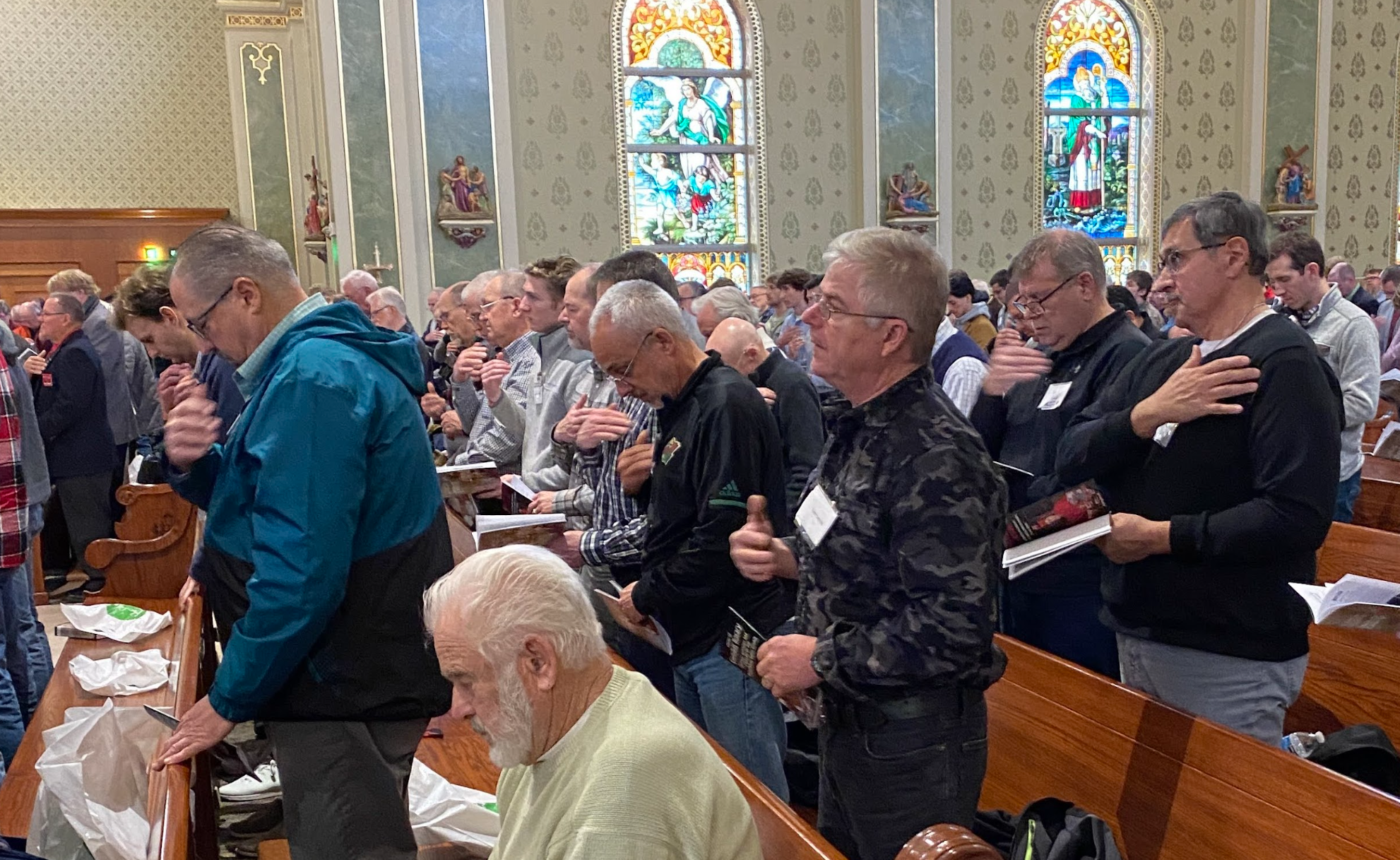 CV NEWS FEED // Men of Christ Madison, a Catholic men’s group based in Wisconsin, has begun stationing men overnight at their local crisis pregnancy center to ward off vandals amid a nationwide rash of attacks on pro-life clinics.

“Various radical groups, in reaction to the U.S. Supreme Court recently overturning the infamous 1973 Roe vs. Wade… are threatening churches and organizations that provide direct help to women with distressed pregnancies,” wrote Men of Christ Madison President Dave Yanke in an email to members.

“Now that unrestricted abortion across the land has been overturned, crisis pregnancy centers have become a target,” Yanke told CatholicVote. “The Women’s Care Center, located directly across the street from Planned Parenthood… is an obvious potential target.”

One of the first pro-life organizations to be attacked after the Supreme Court’s decision to overturn Roe was leaked in early May was Wisconsin Family Action, located in downtown Madison. On May 8, criminals firebombed the group’s property, leaving behind the words “If abortions aren’t safe, then you aren’t either” scrawled in graffiti.

Men of Christ is an organization of Catholic men whose mission is to equip men with the competence and confidence to become better Catholics and better disciples of the Faith, according to its website.

Yanke is assisting in organizing a group of 60 Men of Christ, each committed to staying “inside the care center overnight to discourage vandalism and sabotage” once a month. Men are taking turns guarding the center in pairs.

“The guys on my team really take this seriously,” Yanke told CatholicVote:

They have stated that there are monitors up from cameras that point outside. While one sleeps, the other watches the monitors. There have been times when cars have pulled into the lot and the guys need to make a quick decision on what they should do… Continue to monitor, call the police, or flash the lights on and off and look out the window to make their presence known.

“So far,” Yanke says, “there have been no incidents. And that is exactly how we want it.”

Yanke also lamented the lack of response on the part of law enforcement – from the Department of Justice down – as attacks on pro-life locations continue to rise.

“Unfortunately, they are not receiving the protection that they should under the law,” Yanke said.

He added that he couldn’t make this effort without a team of men willing to rise to the occasion and protect women and children:

Thankfully, board members and men from Men of Christ Madison are stepping up. They are working to help cover overnight hours at Women’s Care Center to be the eyes and ears protecting the resources available to women in crisis pregnancies that have been threatened by many pro-abortion radicals.

While political leaders like House Speaker Nancy Pelosi, D-CA, have refused to condemn the violence (and some, including Sen. Liz Warren, D-MA, have even faced scrutiny for adding fuel to the fire with incendiary rhetoric against pro-life clinics), community leaders like Dave Yanke of Men of Christ Madison are undeterred.

Local men interested in volunteering with Men Of Christ Madison to protect the Women’s Care Center can click here.