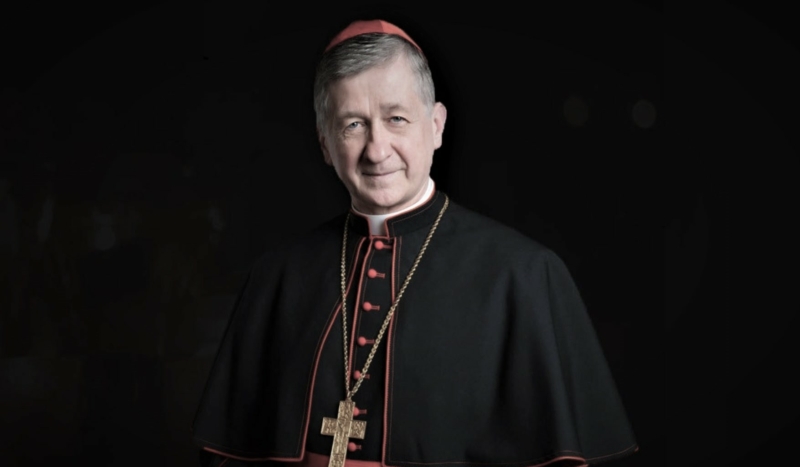 CV NEWS FEED // Cardinal Blase Cupich of Chicago stated this week that there is “no basis in Catholic moral teaching for rejecting vaccine mandates on religious grounds,” and instructed priests under his authority to turn down parishioners who ask them to sign exemptions.

In a letter to priests in the Archdiocese of Chicago, Cupich wrote that pastors should “politely decline” requests that they sign exemptions, “and explain that doing so would mean that you would be endorsing something that is not in keeping with Catholic teaching,” according to the Catholic News Agency.

“Parishioners surely can determine their own actions, but it would be important to clarify that they cannot use the teaching of the church to justify such decisions, which in their essence, are a rejection of the church’s authentic moral teaching regarding Covid vaccines,” Cupich wrote.

Cupich’s letter seems to contradict guidance from the Vatican’s top doctrinal authority, the Congregation for the Doctrine of Faith (CDF).

In a CDF statement released in December 2020, the Vatican addressed a number of issues connected with vaccines, including the use of fetal cells in inoculation research.

The document stated that the “common good may recommend vaccination” in times of pandemic, but added: “At the same time, practical reason makes evident that vaccination is not, as a rule, a moral obligation and that, therefore, it must be voluntary.”

As CatholicVote has reported, America’s bishops are divided on the question of vaccine mandates.

While some bishops like Cardinal Timothy Dolan of New York have forbidden priests from granting the religious exemption that various laws allow to vaccine mandates, others have encouraged their clergy to consider and grant the requests.

In a joint letter published Aug. 6 on the Archdiocese of Denver website, Colorado’s four Catholic bishops upheld the right of Catholic laypeople to refuse a vaccine on the grounds of conscience. Archbishop Samuel J. Aquila of Denver, Bishop Stephen J. Berg of Pueblo, Bishop James R. Golka of Colorado Springs, and Auxiliary Bishop Jorge Rodriguez of Denver said that while some of the vaccines remain “morally acceptable under certain circumstances,” nevertheless “the government should not impose medical interventions on an individual or group of persons.”

Some religious freedom advocates affirm that Americans do not need permission from their clergy to qualify for religious exemption.

“Americans of all faith traditions have the First Amendment right to religious freedom. They have that freedom even if their pastor or minister disagrees with them,” said Joshua Mercer, Political Director of CatholicVote.

The bishops of South Dakota emphasized that each Catholic has the God-given right to determine if they should seek a religious exemption. They stated:

[A] Catholic may, after consideration of relevant information and moral principles, discern it to be right or wrong to receive one of the available Covid-19 vaccines. If he or she thus comes to the sure conviction in conscience that they should not receive it, we believe this is a sincere religious belief, as they are bound before God to follow their conscience. We support any Catholic who has come to this conviction in seeking religious exemption from any Covid-19 requirement.

The bishops of Colorado also cited history to warn that vaccine mandates could lead to further violations of human rights.

“We always remain vigilant when any bureaucracy seeks to impose uniform and sweeping requirements on a group of people in areas of personal conscience,” the bishops wrote:

Throughout history, human rights violations and a loss of respect for each person’s God-given dignity often begin with government mandates that fail to respect the freedom of conscience. In the case of the COVID-19 vaccine, we are convicted that the government should not impose medical interventions on an individual or group of persons. We urge respect for each person’s convictions and personal choices.