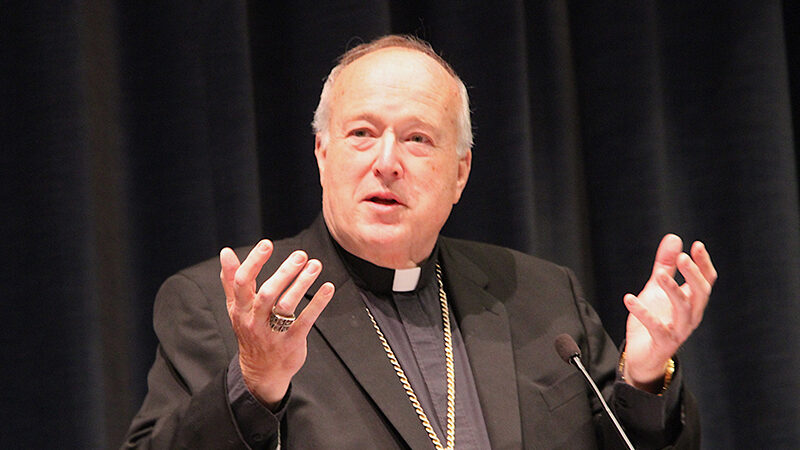 Bishop Robert McElroy of the Diocese of San Diego decried calls to deny Communion to abortion promoters in an essay at the Jesuit publication America on Wednesday. “The proposal to exclude pro-choice Catholic political leaders from the Eucharist is the wrong step,” McElroy wrote. “It will bring tremendously destructive consequences.”

McElroy suggested denying Communion to all Catholic politicians who reject Church teaching on grave moral matters would exclude far too many. “How many Catholic political leaders of either party could pass that test?”

“It is the moral obligation of Catholics to embrace all the teachings of the church in their entirety,” McElroy admitted. “But failure in fulfilling that obligation in its fullness cannot be the measure of eucharistic worthiness in a church of sinners and questioners….”

“Proposals to exclude pro-choice Catholic political leaders from the Eucharist have focused on abortion, and at times euthanasia,” McElroy explained.

“Their logic is that abortion and euthanasia are particularly grave evils … and they involve threats to human life,” he wrote. “But why hasn’t racism been included in the call for eucharistic sanctions against political leaders?”

McElroy went on to point out that St. John Paul II and the U.S. Conference of Catholic Bishops have preached against racism. “[Racism] is not merely one sin among many,” wrote the latter. It “is a radical evil that divides the human family and denies the new creation of a redeemed world.”

“As to whether racism is a sin that threatens human life,” McElroy wrote, “anyone with doubts should talk with the families of George Floyd, Breonna Taylor and Trayvon Martin.”

“The U.S. Conference of Catholic Bishops will be dealing a great blow to that integral unity if it passes a national policy of eucharistic exclusion aimed at abortion but not at racism,” the bishop added.

Bishop McElroy’s essay comes after reports circulated last month that the United States Conference of Catholic Bishops (USCCB) may issue a document at their Assembly in June clarifying the Church’s stance on reception of the Eucharist by public figures who make themselves enemies of Catholic teachings on grave moral matters.

In his article this week, Bishop McElroy argued against “their [his opponents’] logic” that abortion is particularly grave and threatens human life,” and cited a 2020 document from the USCCB which described the uniqueness and gravity of racism. Another statement from the same assembly that produced that condemnation also stated “the threat of abortion remains our preeminent priority,” because it is grave and threatens human life.

McElroy also described proposals to bar pro-choice politicians from Communion as “unprecedented.” In fact, as CatholicVote President Brian Burch has recently pointed out, a number of Catholic politicians were denied Communion during the Civil Rights era — a time when racism was enshrined in law in many Southern states through state-mandated segregation.

Many will likely view McElroy’s arguments as an intervention against the bishops similarly correcting President Biden for his radical abortion advocacy.

Biden attends Mass on a regular basis, and presents himself for Holy Communion.