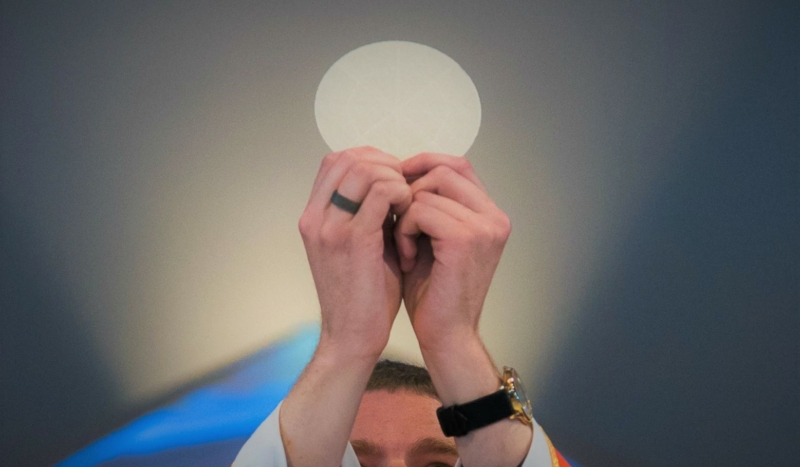 CV NEWS FEED // In a resurfaced statement from 2006, the U.S. Conference of Catholic Bishops (USCCB) taught that Catholics who persistently reject the moral teachings of the Church should not present themselves for Communion.

The document, which can still be found on the USCCB website, reads in part:

If a Catholic in his or her personal or professional life were knowingly and obstinately to reject the defined doctrines of the Church, or knowingly and obstinately to repudiate her definitive teaching on moral issues, however, he or she would seriously diminish his or her communion with the Church. Reception of Holy Communion in such a situation would not accord with the nature of the Eucharistic celebration, so that he or she should refrain.

A few commentators have called attention to the statement’s relevance to debates over the USCCB’s decision last week to begin drafting a new document reasserting the Church’s teachings on reception of the Eucharist.

Many in the media, especially on the political Left, reacted to the bishops’ decision as if it were an act of unprovoked and partisan aggression against pro-abortion politicians who profess to be Catholic. One such politician even badgered the bishops with abuses on social media, tweeting at one point “I dare you to deny me Communion.”

“Would be awesome if anyone knew how this document already exists and the bishops published it in 2006,” tweeted writer Shannon Last, linking to the 15-year-old USCCB statement.

Reason’s Stephanie Slade shared the statement as well, noting its significance in light of the current controversy. “I mention this only because many people are yelling at me that the bishops’ current actions are *obviously* motivated by political opposition to Biden and the Democrats,” Slade wrote.