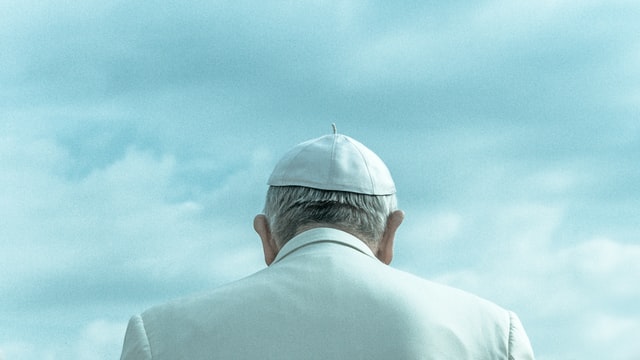 CV NEWS FEED // A new report from the Wall Street Journal found that under Pope Francis, the Church is losing Latin Americans, many of whom are joining Pentecostal and Evangelical Christian groups.

The column began with an anecdote: Tatiana Aparecida de Jesus, a former prostitute and drug addict, “joined a small Pentecostal congregation in downtown Rio called Sanctification in the Lord and left her old life behind” last year.

“The pastor hugged me without asking anything,” she said. WSJ described her as “one of more than a million Brazilians who have joined an evangelical or Pentecostal church since the beginning of the pandemic, according to researchers.”

“For centuries, to be Latin American was to be Catholic; the religion faced virtually no competition,” WSJ explained. “Today, Catholicism has lost adherents to other faiths in the region, especially Pentecostalism, and more recently to the ranks of the unchurched. The shift has continued under the first Latin American pope.”

“The Vatican is losing the biggest Catholic country in the world—that’s a huge loss, an irreversible one,” Brazilian demographer José Eustáquio Diniz Alves said. “At the current rate, he estimates Catholics will account for fewer than 50% of all Brazilians by early July.”

WSJ analyzed a number of the “complex” reasons for the change. Ironically under Pope Francis, who has famously emphasized the poor in his speeches, critics “point to [the Church’s] failures to satisfy the religious and social demands of many people, especially among the poor. Latin Americans often describe the Catholic Church as out of touch with the everyday struggles of its congregation,” WSJ reported.

Liberal Catholics have made great efforts to capture the imagination of Latin Americans, with less success than many realize. “The rise of liberation theology in the 1960s and ’70s, a time when the Catholic Church in Latin America increasingly stressed its mission as one of social justice, in some cases drawing on Marxist ideas, failed to counter the appeal of Protestant faiths,” according to WSJ. “Or, in the words of a now-legendary quip, variously attributed to Catholic and Protestant sources: ‘The Catholic Church opted for the poor and the poor opted for the Pentecostals.’”

Despite the efforts of Catholics who promoted liberation theology, enough Latin Americans have opted for Pentecostal Christianity to boost “socially conservative views from the favelas to the halls of Congress, helping to propel right-wing President Jair Bolsonaro to power in 2018,” the report stated:

While President Bolsonaro still identifies as Catholic, he got himself baptized by a Pentecostal pastor in the River Jordan in 2016 in the lead-up to his presidential campaign. Pentecostals and evangelicals are prominently represented in his cabinet and make up a third of Brazil’s congress. His wife attends an evangelical church.

“In nations with growing numbers of people with no religious affiliation, more-liberal social practices are growing,” WSJ pointed out.

Argentina, the pope’s native country, legalized abortion last year and Chile’s congress is taking the first steps on a bill to decriminalize the procedure. Even in Mexico, which still has a large Catholic majority, the church’s hold on society is weakening, as seen in the Supreme Court’s September vote to decriminalize abortion.

Another factor in the Church’s loss of adherents is Pope Francis’s personal feelings about the importance of converting people to the Catholic faith at all. “Pope Francis has often inveighed against missionary efforts aimed at winning converts,” WSJ explained:

At a 2019 Vatican synod on Latin America’s Amazon region, there was scarcely any discussion of the church’s losses of adherents, even though a recent report by a church agency showed that 46% of the Amazon region’s 34 million inhabitants weren’t Catholics. The gathering devoted more attention to the region’s environmental challenges, a signature cause of the current pontificate.

Pentecostal Christians also “offer material as well as spiritual help” to the very poor, WSJ reported. “Lay-led churches with flocks as small as a few dozen families organize donations of rice and beans for hungry families, fund soccer clubs for young boys to lure them away from drug gangs and organize private healthcare as an alternative to Brazil’s failing public hospitals.”

According to a 2014 Pew survey, “the most popular reason given by former Catholics in Latin America for embracing some form of Protestantism was to have a more personal connection with God, cited by 81% of respondents,” WSJ reported. “Nearly six in 10 said they left Catholicism because they found ‘a church that helps members more.’”

Many Pentecostal preachers teach a “prosperity gospel,” which “holds that God’s grace is reflected in material wealth,” WSJ wrote. One pastor described communities that promote such thinking as “places where you’re not a bad person for dreaming big, for wanting to earn more.”

“Some Catholic movements in Latin America have sought to win back lost sheep, either by emulating important features of Pentecostalism, such as ecstatic worship, or by reviving a more traditional form of Catholicism, including the Latin Mass,” WSJ reported:

The Rev. Martín Lasarte, a Uruguayan priest appointed by Pope Francis to the 2019 Vatican synod on Latin America’s Amazon region, believes the liberation theology movement has often placed political and social issues above the religious experience. In such cases, “it lacks the existential sense of the joy of living the Gospel, this personal encounter that so many Pentecostal churches give to the person,” he said.

Another Catholic prelate, Brazilian Rev. Paulo Ricardo, who has “1.5 million followers on Facebook,” has “condemned liberation theology as heresy and enthusiastically supported elements of Mr. Bolsonaro’s agenda such as relaxed laws on gun ownership.”

While Pope Francis has traveled 10 times to Latin America since his election, “he is clearly not leading a crusade to reclaim the region for Catholicism,” WSJ reported.

The WSJ piece is generating considerable discussion among Catholics online. In response to the article, published on social media with the quotation “The Catholic Church opted for the poor and the poor opted for the Pentecostals,” CatholicVote tweeted:

Readers who subscribe to the Wall Street Journal can find the full report here.