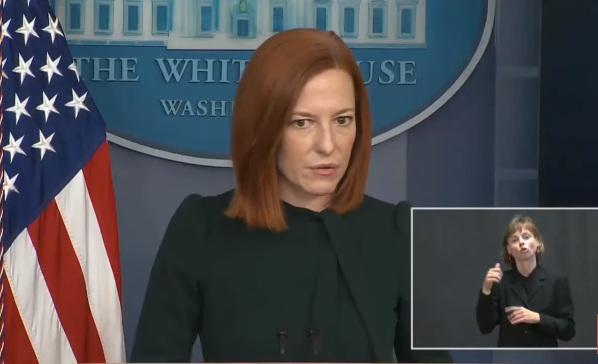 CV NEWS FEED // White House spokeswoman Jen Psaki seemed to express impatience with a reporter from a Catholic TV network, noting how “often” he brings up abortion after he asked whether President Biden would discuss the issue with the pope during his Friday papal visit.

“Millions of Catholics will be watching when the president and Pope Francis meet,” said EWTN’s Owen Jensen to Jen Psaki at a White House press conference Wednesday. “The White House has said they will discuss working together on efforts grounded on respect for human dignity. …Will that include the human dignity of the unborn?”

“Well, Owen, as you know — although you asked me most often, if not every time, about abortion,” Psaki began.

“Is there a problem with that?” Jensen asked.

“There’s not, you can ask anything you want,” Psaki said.

Psaki pointed out that there is “a great deal of agreement” between Pope Francis and President Biden. “The president’s faith is, as you all know, quite personal to him,” she added, according to the Washington Examiner. “It absolutely has personal significance to him, in addition to being an opportunity to discuss the range of issues, poverty, combating the climate crisis, and ending the COVID-19 pandemic.”

When Jansen later pressed for another question, Psaki repeatedly told him “I’ve answered your question,” and tried to move on.

But Jensen persisted, saying that the pope has said “abortion is murder” and has compared it to “hiring a hitman.” “Does the president agree or disagree with that?”

“You know that the president believes in a woman’s right to choose,” Psaki said.

As CatholicVote has reported, the White House has regularly confronted Catholic leaders including the U.S. Bishops over core matters of Catholic teaching.