What Americans Need to Know About Europe’s Energy Crisis 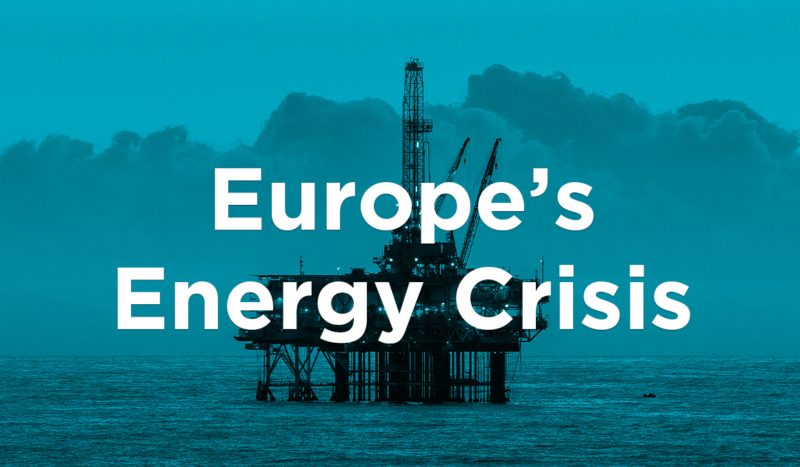 As American leaders argue over the definition of “recession,” an unmistakable and clearly related energy crisis has already gripped Europe. Americans should note the European situation and understand its causes as a cautionary tale.

The 19 countries of the European Union, together with neighboring nations, operate in a vast bureaucratic network. For a variety of historical and cultural reasons, Europe’s elites have far outpaced even America’s deepest blue states in their interventionist green policies. 70%-to-75% of a family’s electric bill, for example, goes to taxes and regulations in most eurozone countries.

Russia’s war on Ukraine has only accelerated – not caused –  the current crisis. Cutting off traditional energy sources, out-of-control government spending, and crippling taxation have all conspired to produce widespread energy poverty as Europe heads into winter.

While costs are surging across the entire energy sector, Europe’s natural gas disaster has been headlining since the Nord Stream 1 and 2 explosions last month. Natural gas is the second largest energy source for European countries, and fifteen of the 19 EU countries depended on Russia for over 49% of their natural gas supply – until now.

Prices had already begun to climb when Russia slowed its natural gas production in the fall of 2021. After Russia invaded Ukraine in February 2022, however, prices skyrocketed – and consumers saw a shocking 400% price increase between January and September.

The loss of the Nord Stream pipelines effectively ended Russia’s energy relationship with western Europe entirely. The question has shifted from how Europeans will pay for natural gas this coming winter to whether they will have access to it at all.

And natural gas hasn’t been the only industry to suffer. Benchmark electricity prices across Europe increased 300% in 2022. In Poland, the price of coal, which provides 70% of the country’s electricity, shot up from only 388 zloty per ton in 2021 to 2,632 zloty per ton this summer. Some German companies are even reporting a 600% increase in total energy costs this year.

Inflation in European countries has been much steeper than in American markets. In September, the 19-member eurozone marked 10% inflation – its first time in double digits since the Euro was established.

Deutsche Bank anticipates a “deep recession” driven by the energy crisis, with Europe’s gross domestic product (GDP) plunging 3% in 2023. While previous forecasts were more optimistic (0.3% declines), in September the bank now predicts a 2.2% decline in growth. That means less production and high unemployment for months to come.

The deep recession is already wreaking havoc on industry – from giant manufacturing corporations all the way down to family-owned fast-food chains.

Italian-owned cable-manufacturer Prysmian, which operates six factories in Germany, anticipates a 600% rise in its energy costs by the end of 2023. The company is considering shutting down facilities or attempting to move overseas.

Zing Burger, a restaurant chain in Hungary, told the Associated Press that in some stores it has seen a 750% leap in its electricity bill since February.

The crisis means lights out for many businesses, and it will affect the production of basic necessities, including food. Dutch greenhouses have been the world’s second-largest exporters of food by value, but rising natural gas prices have made heating the glass structures prohibitively expensive.

One Dutch farmer is cutting his electricity use by 80% this winter: “The problem is that gas prices are incredibly high,” Leo Van Der Lans said. “They’ve gone from 15 to 20 cents a cubic meter to €1.60. That’s too much to grow tomatoes.”

Green Regulations Are (Still) a Go

Despite the specter of looming energy shortages for the coming winter, European elites have doubled down on aggressive green energy goals, compounding the effects of the recession on middle-class and low-income Europeans.

As CatholicVote reported in August, all EU countries have pledged to achieve greenhouse gas “neutrality” by 2045 through drastic tax incentives and regulation. Germany leads the way in regulatory interventions. The progressive government aims to make Germany entirely free of nuclear energy by the end of this year (2022) and coal-free by 2030. By then, Germans will be getting 80% of their energy from “renewables,” or so the plan promises.

Dutch lawmakers also introduced green energy policies this past June intending to cut emissions by 50% nationwide by 2030. Between soaring prices and draconian regulation, farmers are looking at an overall 25% production loss in just one year.

The Agenda Cannibalizes Itself

Now, however, high energy costs are threatening the factories producing the vast quantities of solar panels, electric vehicles, and battery cells that will fuel the green revolution.

The future of the green agenda rests on how quickly Europe can create its own alternative energy manufacturing sector, ending its reliance on China for parts and Russia for energy. But the current crisis is shuttering the factories that represent Europe’s only possible means of achieving that kind of independence.

“The problem is that the remedy to help cure and basically get down prices is actually going to destroy the cure itself [sic],” said Audun Martinsen, Oslo-based head of energy research for Rystad Energy. “[T]hese manufacturers … they don’t want to basically invest in these facilities because of these higher prices at the moment.”

Meanwhile, out-of-control prices are driving Europe’s families to take drastic measures just to survive the winter. Energy poverty – households that lack access to electricity or heat sources – is rampant from west to east.

In the past year, Spain has seen the steepest rise in energy poverty among EU nations: last winter, 10% of Spanish households were already unable to adequately heat their homes. In Italy, families’ electric bills increased by 55% in January 2022. Experts are predicting another 50% hike by December 2022.

Ahead of this coming winter, Hungarian citizens are purchasing and moving into yurts – circular tent-like structures used by central Asian nomads. Yurts can heat for a fraction of the cost of an apartment.

The desperation of ordinary citizens, however, is often lost on Europe’s ruling classes. Roger Sedin, head of the air quality unit at the Swedish Environmental Protection Agency, noted that “We can see very high pollution levels when you have people burning wood who don’t know how to do it correctly.”

“You need to think about your neighbors,” Sedin said.

Eurozone governments are already pouring billions of dollars – all carefully earmarked and regulated – into shielding their populations from the energy crisis. France and Germany have nationalized their top energy suppliers and issued enormous bailouts. Most European countries have announced emergency subsidy checks for poor households or caps on price hikes.

These are short-term measures, however, when Europeans are facing a long-term trial. Furthermore, these measures are increasing individual Europeans’ dependence on government bureaucracies for survival.

The energy crisis’ cultural and political impact will be significant. Dr. Emily Holland predicts that, among other transformations, “states will accelerate clean energy transition, nuclear energy is poised for a renaissance, and Russia’s place on the European continent will be forever diminished.”

If Europe’s deep recession persists for another 15 to 18 months as predicted, elites may have to rethink their commitment to their green energy ideology. An unwillingness to do so could make matters worse.

A harsh winter for the vast majority of European peoples will undoubtedly affect popular support for the West’s confrontations of Russia.

On the one hand, if re-establishing links with Russian energy is already a lost cause, a harsh winter could produce greater resolve to punish the Russian bear with more sanctions and military support for its victims.

On the other hand, intense suffering over many months could also produce a popular rebellion against the war and a Europe willing to sacrifice Ukraine for peace. The political landscape is already shifting. Populism is on the rise, as evidenced by recent elections in, for example, Hungary, Italy, and Sweden.

The question is whether Europe can shed the effects of years of interventionist and ideological government regulations peacefully or if the 2023 “hunger winter,” as some commentators are calling it, leads to a new age of revolution.

The Moral of the Story

Some American states – most notably California – have lauded Europe’s ill-fated attempt at artificial, rapid transition to green energy sources. But decades of ideologically-driven energy policies only left the continent dependent on Russian energy.

Without that supply, the people of Europe are left even more reliant on government handouts and subsidies that will not be enough to make up their family budget deficits.

Americans should take note of Europe’s crisis. And walk quickly in the other direction.