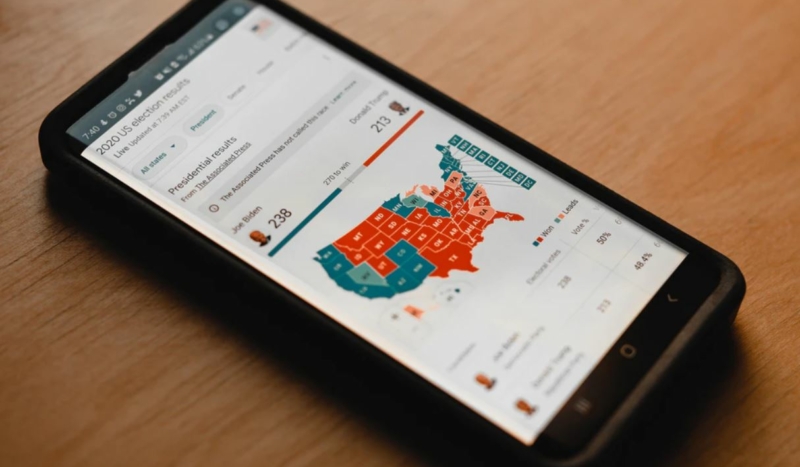 CV NEWS FEED // One of the most consequential results of the 2020 elections is the one that’s least talked about – the Republican retention of state legislatures across the country.

Over the summer, The Atlantic reported that Democrat strategists were hoping to gain majority control of state legislative chambers in as many as nine key states in the 2020 elections:

Democrats are pursuing a wide range of state-level targets in both the Sun Belt and the Rust Belt. Party strategists believe they have the best chance to dislodge current Republican majorities in the Minnesota state Senate; the state Houses in Texas, Michigan, and Iowa; and one or both chambers in Arizona, North Carolina, and Pennsylvania. The GOP advantage now stands at six seats or fewer in all of those chambers except the Texas and Pennsylvania houses, where the Republican cushion is nine seats each. Democratic groups are contesting Florida and Georgia as well, but with the bigger GOP margins there (14 seats in Florida and 16 in Georgia), they remain a tougher climb.

Democrats poured tens of millions of dollars into these races, hoping to ride a massive blue wave of anti-Trump sentiment into gaining power down the ballot. Their goal? Take control of the redistricting process and cement their power for a decade.

State legislatures are tasked with redrawing the boundaries of congressional and state legislative districts this year after the completion of the 2020 census. Democrats aimed to gerrymander the districts to make them easier to win, and the lines they drew would be in effect through 2030.

The actual results? Not only did the Democrats fail to gain control of any of their target chambers, but Republicans actually gained seats in several of them, including the Pennsylvania House, Iowa House, North Carolina House, and the Florida House and Senate.

In fact, Democrats suffered a net loss of two chambers, as Republicans not only held all their majorities, but surprisingly gained control of both houses of the New Hampshire state legislature.

The GOP now has majorities in 61 of 99 state legislative chambers. That means the Democrats can’t redraw congressional and state district maps in their favor in any of their target states, and Republicans will surely try to make them more favorable to themselves.

The consequences of the Democrats’ epic failure at the bottom of the ballot will last a decade. With redrawn districts, the U.S. House is going to remain highly competitive. And the momentum for the 2022 elections is already on the GOP’s side, both because they gained a ton of House seats in 2020 and because the opposition party usually gains seats in the midterms.

It also means that Republicans will likely continue their dominance of state legislatures, which they’ve had since the 2010 elections, when they flipped 20 chambers. The GOP also has trifecta control — holding the governorship and both chambers — in 23 states, compared to just 15 trifecta control states for the Democrats and 12 states with divided government.

Despite increased concentration of power in Washington D.C. over the past century, state governments still retain power over much of the daily lives of their citizens, from taxes and roads to the Second Amendment. And don’t forget that if the Supreme Court were to directly overturn Roe v. Wade, the legality of abortion would likely default back to state legislatures.

The 2020 state legislative elections leave Republicans across the nation well-positioned to lead with conservative agendas and counter the Biden administration. Despite the loss at the top of the ticket, pro-lifers have much to celebrate.