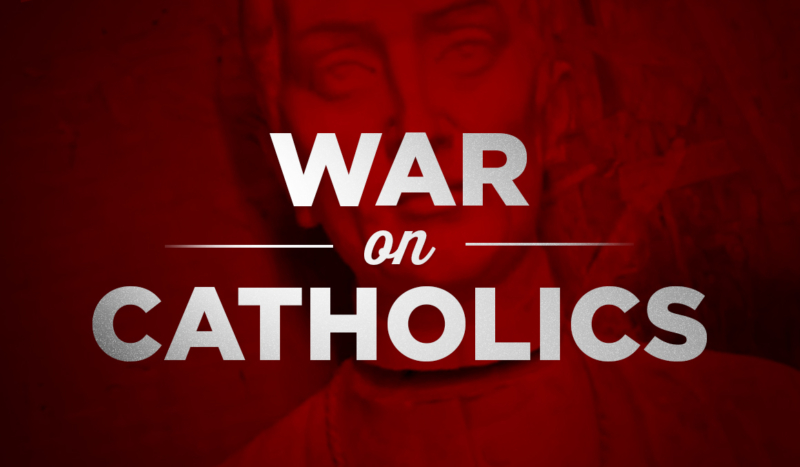 It could be tomorrow.

The Supreme Court is set to issue its decision in the Mississippi Dobbs case within the next three weeks.

Are Catholics ready for what’s coming?

Our sources tell us government officials are already warning Catholic dioceses: when and if Roe v. Wade is overturned, churches and pro-life support centers will be targeted for vandalism, violence, or worse.

This shouldn’t be a surprise.

We don’t need to speculate on what’s coming. Pro-abortion groups have already called for a “Summer of Rage” in response to any decision that limits so-called abortion “rights.”

Don’t forget that in 2020 pro-abortion forces and “gender equality” mobs exploited the death of George Floyd to march against racism and in favor of defunding the police. During that summer of rage, they murdered innocents, burned private property and government buildings, rioted, looted, and more.

Of course once Biden’s election was secured, the protesters suddenly disappeared.

This summer I fear they will be back. And Catholics will be a direct target.

Unlike in 2020, we now have a White House that appears to be winking and nodding at the pro-abortion threats – or worse – encouraging the violence.

With plummeting approval ratings, an economy in free fall, and an electoral tidal wave coming, they could easily be hoping for another summer like 2020 to shake things up.

Will they go too far?

We’ve been pressing the Department of Justice for months to act. Despite over 200 incidents of vandalism and violence against Catholics, they responded with a curt letter.

All talk, no action.

Further, why is the Attorney General refusing to enforce clear laws that prohibit protests aimed at intimidating federal judges? Why did the Biden administration openly encourage these same illegal protests? Why are Democrats blocking a critical security bill aimed at protecting Supreme Court justices?

Why has not a single Democrat condemned the attempted murder of a Supreme Court justice?

Ask yourself – how many perpetrators of vandalism and violence against churches or pro-life centers have been arrested? Prosecuted for hate crimes? Convicted or jailed?

The Dobbs decision could come tomorrow morning. Or next Monday. Or at the end of the month. Our days of waiting will soon be over. And the next phase in the fight to build a culture of life begins.

We want you to be prepared.

Talk to your pastor. Encourage him to contact local police in advance. Let them know that threats against churches are credible and likely.

Further, men in parishes should be prepared to escort troublemakers out of church – and to protect our families, our priests, and the Eucharist.

Make plans now. Talk to each other. Consult the police. Get advice on how to react.

Pray for the enemies of the Church.