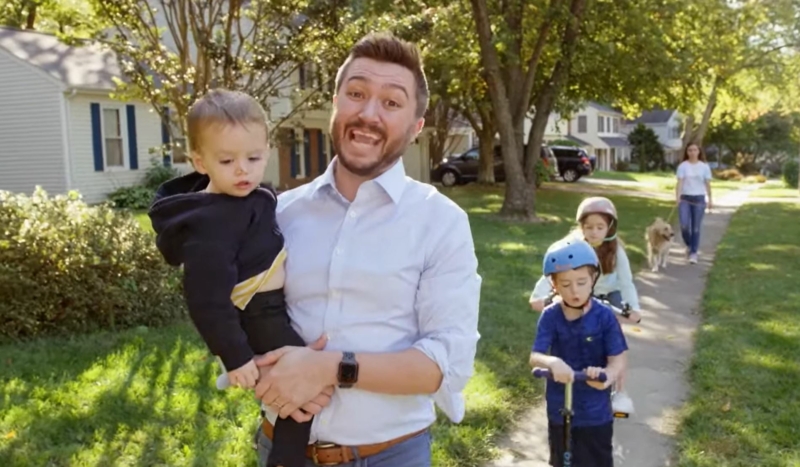 Editor’s note: When VICE News refers to “trans girls,” it is referring to people who are biologically male and “identify” as female.

CV NEWS FEED // A recent VICE News profile of the American Principles Project shows just how much impact the pro-family group is having on the national political scene.

Ben Jacobs began his profile at VICE by noting the recent trend of Republican governors signing legislation to protect girls sports by barring biological males from competing with females.

“Earlier this month, Florida Gov. Ron DeSantis signed legislation barring trans girls from playing on girls sports teams in public schools,” Jacobs wrote. “He didn’t sign it alone: Standing right by him was Terry Schilling, the president of the American Principles Project (APP), a group pushing what they call ‘pro family’ issues across the country.”

If Schilling has his way, Jacobs added, he will “be standing next to a lot more elected officials signing similar legislation after the midterms.”

Schilling told VICE that there are 130 million families in America, but “I don’t need all 130 million; I need a million signed up and engaged. And if we can do that, we can have an impact on legislation, political races, campaigns and elections—you name it.”

Jacobs described APP as “the lead organization” rallying suburban voters “around the hot-button issues now animating the Republican Party….” Among those issues are protecting women’s sports and tackling the spread of critical race theory indoctrination in schools. “Rather than rely on corporate donors, who tend to shy away from these issues,” Jacobs explained, APP is “soliciting the $25 small donor.”

Schilling’s vision, he told VICE, is for APP to become the “NRA for families.” That will involve both supporting pro-family candidates and, “more importantly,” taking down politicians who stand in the way.

“The goal is to be not just a political action committee but a full-fledged membership organization that would invoke the same fear in politicians that the gun lobby has for a generation,” Jacobs explained.

APP is framing the family “as the most important special interest group in the country,” Schilling told VICE:

“Schilling’s politics have already impacted politics across the country,” Jacobs noted, with eight states having already passed bills banning biological males from girls sports, and commentators like Steve Bannon “touting the use of critical race theory in schools as the suburban wedge issue that could win Republicans as many as 50 new House seats in 2022.”

The effectiveness of Schilling’s work is not lost on powerful pro-LGBT activist leaders such as Alphonso David, president of the Human Rights Campaign, who has attacked APP in the media as “dangerous” and “hateful.”

As Schilling explained to VICE, the issues he is most passionate about have become unlikely centerpieces in Republican policy and rhetoric. While today the “Republican donor and political class has embraced these issues as they have zoomed to the forefront of the national conversation,” Jacobs explained, men like Schilling were once “mocked, laughed at,” and “‘ridiculed in private meetings,’” for bringing up issues like protecting girls sports from the trans agenda.

Schilling now says he feels vindicated. “It is a huge issue in the Republican Party, and everyone wants to be on board.”

Jacobs also outlined the influence of Schilling-style politics on the Republican Party’s relationship with “woke corporations.”

Not long ago the GOP was associated with big business, but today it’s the political Left that stands with the interests of America’s economic giants, while the GOP increasingly finds itself in the role of protector of the working classes.

As Schilling told VICE, today “no one is afraid of corporate America, they’ve lost all their steam.”

Readers can find the full profile of Terry Schilling and the American Principles Project here.

Watch Schilling himself introduce the mission and work of APP in a recent video ad below.