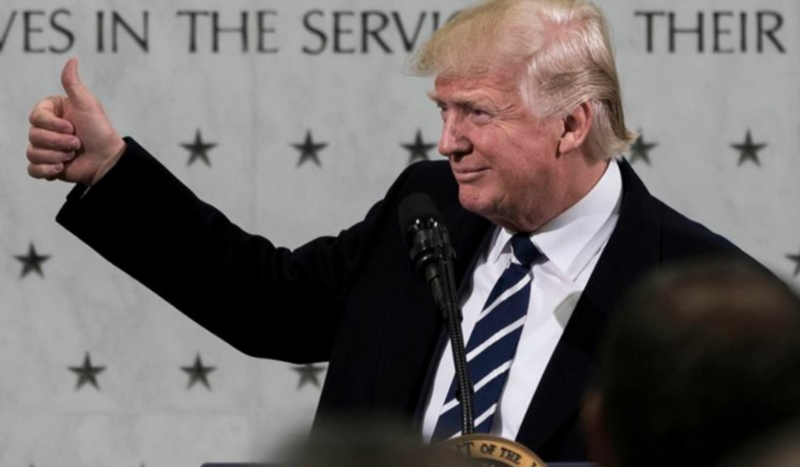 In a series of tweets, journalist Mollie Hemingway highlighted some of Trump’s comments.

“[Trump says] Biden is one of most extreme and radical presidents we’ve had and he’s not even aware of it,” Hemingway reported during the speech. And later: “He’s now condemning all of Biden’s actions in support of abortion, noting Biden was kept in basement for campaign, kept quiet about what he’d do….”

Trump also broadly panned Democrats and the media for dishonesty, as well as for colluding together to promote their mutual agenda while failing to keep the public informed.

Trump said it is “egregious” how the press runs defense for the Biden administration, and pointed out that the media describes “any and all concerns about election integrity as a ‘big lie,’” Hemingway tweeted. Trump said “it’s actually the handling of the election that was a ‘big lie.’”

The former president also reminded his audience of the infamous remarks of Virginia’s Gov. Ralph Northam, a pro-abortion Democrat, who suggested in 2019 that a woman should be allowed to choose death for a child already born.

Asked about a proposed law that would allow doctors to perform abortions on women in labor, Northam said:

Northam’s comment was widely denounced as an open endorsement of infanticide, and seemed to particularly horrify President Trump, who would go on to make reference to the remark regularly in speeches advocating for the pro-life cause.