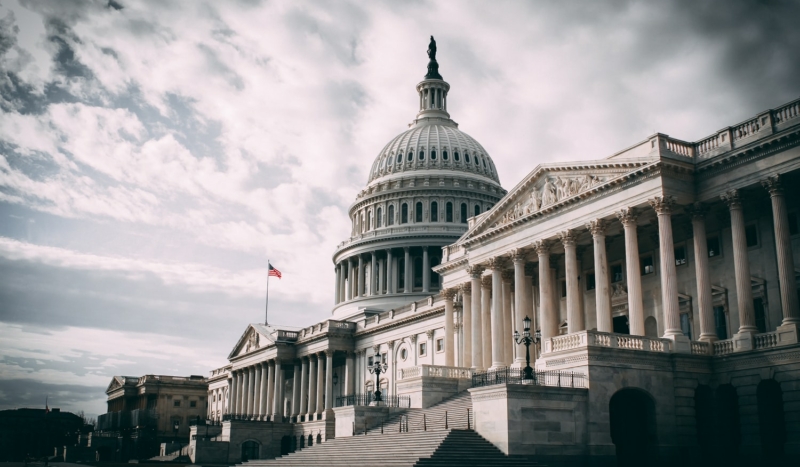 CV NEWS FEED // A group of 3,600 Catholic religious sisters signed their names to a petition calling on the Senate to pass the Democrat-backed For the People Act, which would effectively nationalize elections.

The bill failed to pass the Senate in June after Republicans used the filibuster to block debate and Democrats failed to reach the necessary 60-vote majority to overcome the filibuster. The bill died after a partisan 50-50 vote.

In the petition letter, the sisters framed the For the People Act as an antidote to Republican efforts to ensure election integrity, and contrasted it with the “insurrectionists” who “mounted a violent attack on our democracy” on Jan. 6, “driven by a dangerous, racist lie about the integrity of the election.”

“Knowing that all people are made in the image and likeness of God, we cannot tolerate policies or practices that suppress voters’ ability to participate fully in our democracy, especially Black, Brown, and Native American voters here in the United States,” the sisters wrote.

“Every voice — and every vote — is sacred. The Senate’s recent failure to pass S.1, the For the People Act, rejects this holy truth.”

The letter stated that America’s democracy is “in crisis” due to Republican opposition to the bill, as well as Republican lawmakers’ state-level election integrity efforts.

“In 2020, as a result of the organizing of Black, Latinx, Native American, and AAPI women across the country, voters made their voices heard in record numbers, despite the COVID-19 pandemic and partisan obstacles to accessing the ballot,” the sisters wrote. “Immediately after the election, Republican state legislators around the country began writing and passing new laws to suppress the vote.”

Finally, the sisters directly addressed the reason why the Democrat Party has been unable to pass their federal election legislation: Opposition from the Republican minority in the Senate who, according to Senate bylaws, have the right to deploy the filibuster as a tool to block bills proposed by the opposing party when it holds only a slim majority.

“Minority opposition to the For the People Act must not keep Congress from passing critical democracy reform any longer,” the sisters insisted:

Senate rules like the filibuster cannot be allowed to indefinitely prevent the passage of critical freedom to vote legislation that will protect our democracy. We Catholic Sisters, along with people of good will across the country, call on the Senate to bypass the filibuster and pass this legislation.

“I honestly find this kind of sad,” said CatholicVote Political Director Joshua Mercer in reaction to the sisters’ petition.

“The sisters are obviously capable of organizing on an impressive scale, with over 3,600 of them sending this letter to the Senate,” Mercer continued. “But it’s what they chose to focus all their firepower on that gets me:”

They sent this letter the same week when the number one topic at the Capitol was the Hyde Amendment, which Democrats eliminated from a massive spending bill. The Hyde Amendment prevents taxpayers, including Catholics, from being forced to fund abortions. And the Hyde Amendment has saved 2.5 million lives since it was first passed in 1976.

CatholicVote worked with Catholics all over the country to try to save the Hyde Amendment and save the lives of preborn children, Mercer said. “Tragically, the effort failed, and on Friday the Democrats were able to pass a massive spending bill with no pro-life protections.” Now it’s up to the Senate to insist on the Hyde Amendment.

Mercer was disappointed that, in the middle of the fight for Hyde, “the sisters would send their letter to Senate Democrats, encouraging them to push harder on a pet policy of their own,” while saying nothing of the threat to the unborn in the Senate.

“3,600 nuns put in all that effort, and used such strident language, and all for a political issue,” Mercer said. “But they ignored the issue of American Catholics being forced to fund abortion. And that’s not even political. It’s a fundamentally Catholic issue if ever there was one.”