The “Royal Hydrographer?” An Excerpt for the Uninitiated! 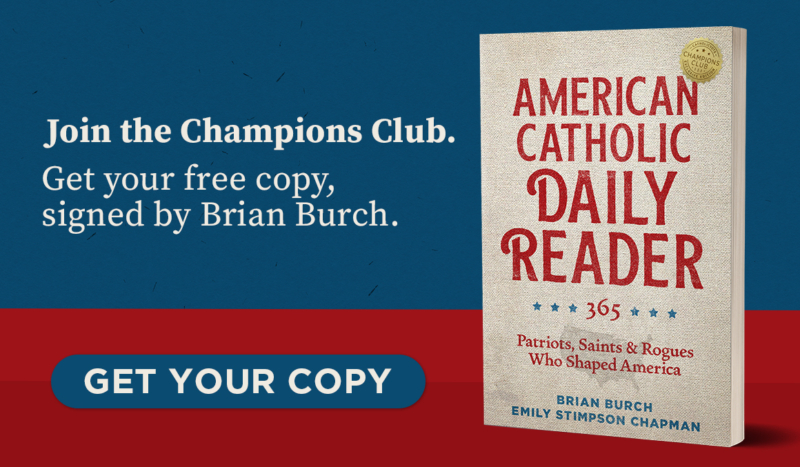 To get your free copy of this 365-chapter, one-story-per-day book about the Catholic patriots, saints, and rogues who shaped America, all you need to do is join CatholicVote’s Champions Club.

The CV Champions Club is a core group of people who believe in our mission and support it with a minimum monthly amount of just $10. Brian often says the Champions are the lifeblood of all our work. They make possible all the programming and content that you’ve come to love and rely on.

Louis Jolliet thought, at first, that God had called him to the priesthood. But God had a different plan in mind.

Born in 1645 in a French settlement near Quebec, the young Jolliet grew up in a bustling community of fur traders, Jesuits, and Native Americans. While still a boy, Jolliet enrolled in the Jesuits’ small school in Quebec and spent his adolescence studying theology, philosophy, and music. He showed talent as an organist and harpsichordist, and took minor orders in 1662. But five years later, he decided the priesthood wasn’t for him and left the community.

After that, Jolliet pursued the fur trade. He also befriended a young Jesuit missionary, Father Jacques Marquette, who, in 1673, joined Jolliet on an expedition to explore the “Mesipi”—a possible water route to the Pacific Ocean—and bring the Gospel to Indian tribes along the river.

Throughout the spring and summer, the pair conducted the first extensive exploration of the Mississippi River Valley by Europeans. Although it disappointed them to learn that the river emptied into the Gulf of Mexico, not the Pacific, their findings still proved invaluable.

On their return journey, Jolliet and Marquette paddled north along the Mississippi for six weeks until, on August 25, 1673, they turned east and entered the Illinois River, which Jolliet described as, “the most beautiful, and most suitable for settlement.”

“The river is wide and deep, abounding in catfish and sturgeon,” he wrote. “Game is abundant there; oxen, cows, stags, does, and turkeys are found there in greater numbers than elsewhere.”

After that first legendary expedition, Jolliet married, became a father of four, and continued his explorations of the waterways of Eastern Canada. His reward for his work was an appointment as New France’s “Royal Hydrographer,” and an expansive island in the St. Lawrence River.

In 1700, while returning to that island from Quebec, Jolliet disappeared. Presumed dead, he was never seen again.

Get your signed copy of the American Catholic Daily Reader today!

The window to get your signed copy closes at the end of the month, Aug. 31.