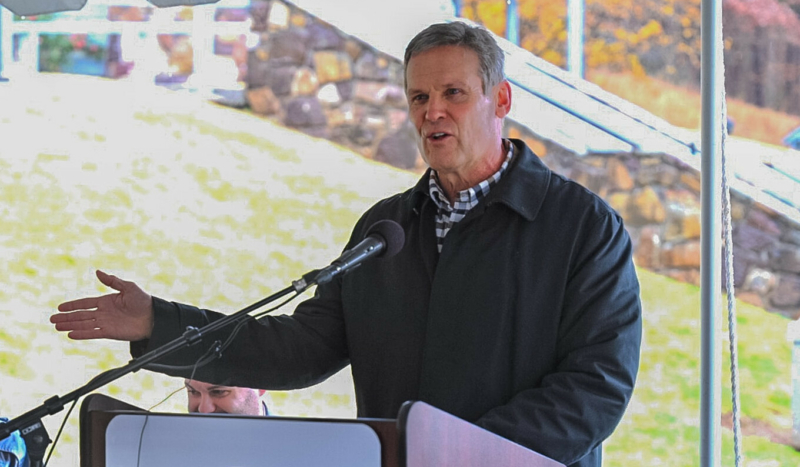 “I signed the bill to preserve women’s athletics and ensure fair competition,” Lee announced on Twitter. “This legislation responds to damaging federal policies that stand in opposition to the years of progress made under Title IX and I commend members of the General Assembly for their bipartisan work.”

The bill passed the Tennessee Senate and House during the same week. “This bill is critical to protecting girls sports in Tennessee from the Radical Left’s assault on women and girls,” tweeted Rep. Mark Green, R-TN.

The move comes amid growing concerns that women’s and girls sports are newly under threat, as the LGBT movement sets its sights on Title IX-protected female arenas — which by definition exclude male competitors.

Abigail Shrier, author of “Irreversible Damage: The Transgender Craze Seducing Our Daughters,” is a leading light in the burgeoning political battle.

“Gender ideology … is misogyny in progressive clothing,” Shrier said in a recent Congressional testimony against the Democrat-backed Equality Act. “Gender ideology tells women and girls that they are not entitled to their fear or their sense of unfairness as their protective spaces are eliminated.”

“Being a woman … entails profound blessings, but also physical vulnerabilities,” she argued. “For generations, women like the late Justice Ruth Bader Ginsburg fought to create sex-based protections to make life safe and fair for women.”

To members of Congress who would vote for the Equality Act, which would — among other things — hobble women’s legal rights to their own sports, Shrier said: “If you vote to take away those rights, don’t pretend you’ve achieved a civil rights victory. In the name of inclusivity, you’ll have made life far less safe, far less fair, and far less inclusive for America’s women and girls.”

Shrier has spoken in support of bills like the one Gov. Lee signed Friday. When Gov. Kristi Noem, R-SD, vetoed a similar bill — citing powerful opposition from national pro-LGBT groups — Shrier exhorted the governor to reconsider: