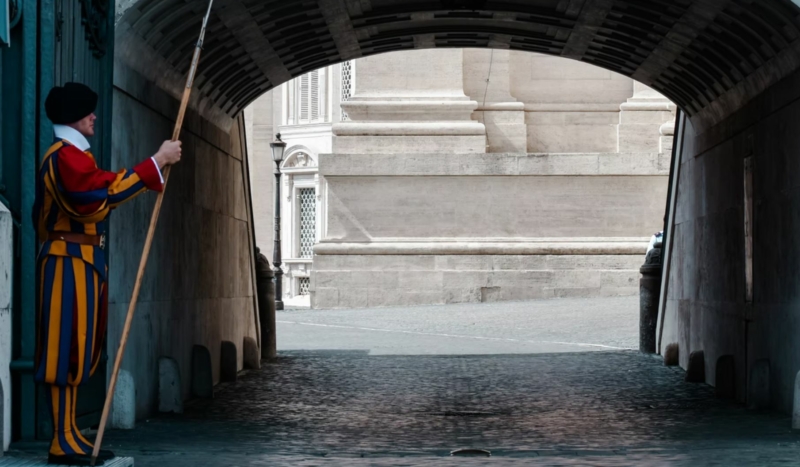 CV NEWS FEED // Three Swiss Guards have resigned rather than submit to COVID-19 vaccine injections, as mandated by the Vatican.

Another three Swiss Guards also refused the shots at first, but later gave in to increasing pressure as the Vatican announced that employees would be cut off from pay and marked as “inexcusably absent” if they failed to comply with the mandate. These three have gotten their first Pfizer shot, but still remain suspended without pay as they await the second shot.

In the case of the three guards who resigned, it is not yet clear what principle or conscientious objection made them willing to lose their careers rather than comply.

Those who have refused to comply with vaccine mandates or sought exemptions in other contexts — including pro-life Christians in various industries and hundreds of medical professionals in states like New York (which mandated the vaccine for hospital workers) — have cited various objections.

Some object to the connection — however remote — between certain vaccines and the use of cells harvested from unborn children, then used for research purposes in the development of medicines. A more common complaint among medical professionals is that the vaccines have not yet been subjected to the normally requisite periods of study to ensure their safety and effectiveness.

As CatholicVote reported, the Vatican has imposed a number of COVID-19 restrictions as of Oct. 1, including a requirement for the controversial “green card,” which has incited demonstrations across Europe.

The Vatican exempted Mass attendees from the requirement, and also made allowances for employees who could provide up-to-date proof-of-negativity documents. Employees were required to pay for the tests themselves.

According to Crux, however, soldiers of the Swiss Guard who could prove they were COVID-19-negative were not granted the same permission as other employees. For them, it was either the vaccine, dismissal, or willing resignation.