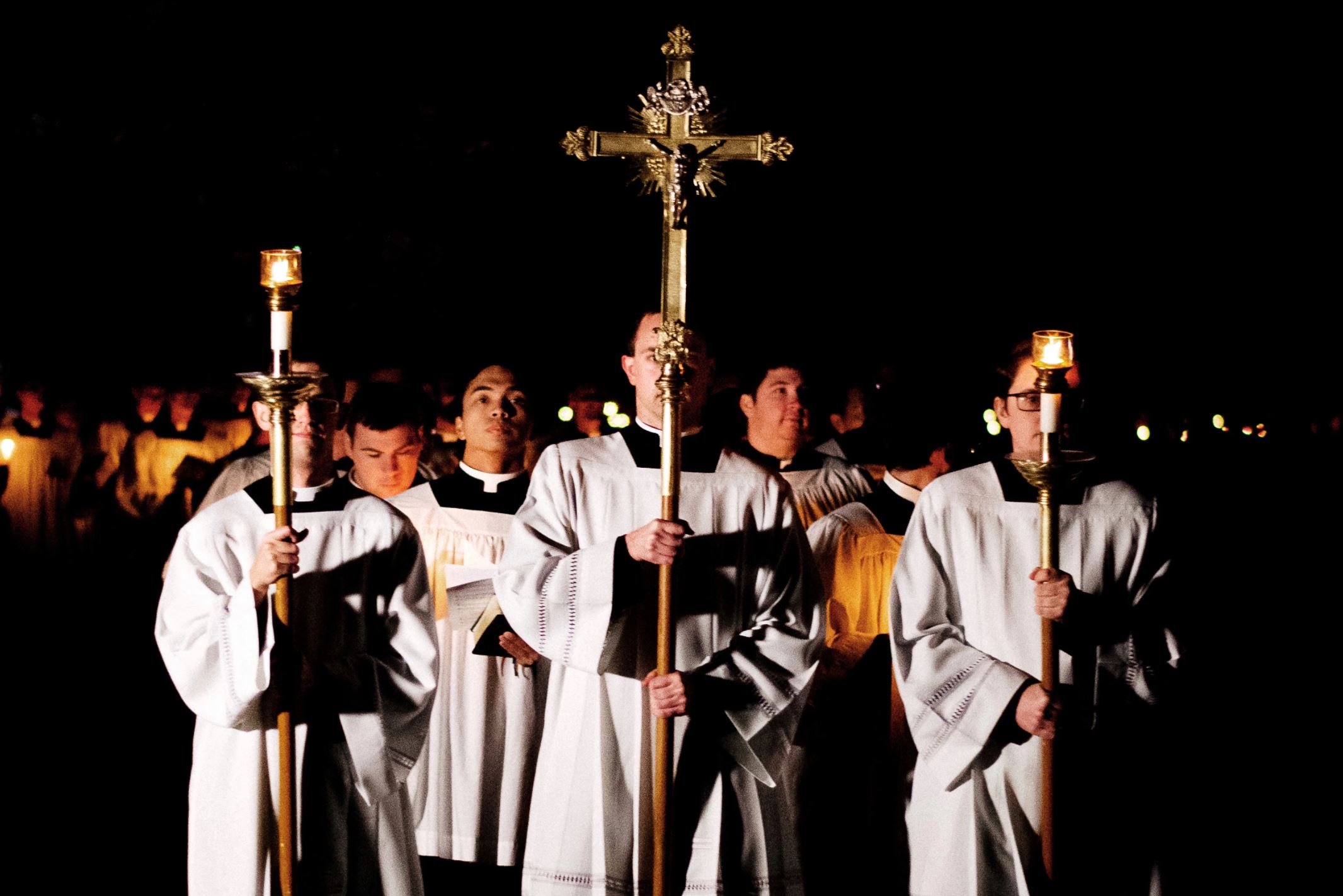 “The type of man who completes seminary intending ordination is more conservative about matters of sexuality—as well as other markers—than those who enrolled 20, 30, or 40+ years ago,” wrote The Public Discourse’s Mark Regnerus, and the most recently-surveyed priests also “believed they were facing the biggest crisis in a century—the abuse scandal—but nevertheless were generally upbeat about their lives as priests.”

“It has been nearly 20 years since the Los Angeles Times conducted a survey of Catholic priests, a venture that yielded much study and commentary about the state of the priesthood in the United States,” Regnerus explained:

In late 2020 and early 2021, the Austin Institute fielded a survey replicating a variety of those same questions posed in 2002, aiming to create a dataset that might help analysts understand what has and has not changed over two decades.

Sociologist Paul Sullins recently estimated that “about 17 percent of Catholic priests in the United States are homosexual in orientation, a rate around 4 to 5 times that discernible in the wider population,” Regnerus wrote. “The share of homosexual priests rose during the 1980s, he maintains, but has diminished since the 1990s, and considerably so after 2000.”

According to the studies, “self-identified homosexual orientation is notably more common among ordinations that occurred before the year 2000—between 11 and 15 percent—than it is after 2000 (2–3 percent),” he wrote. “The same is true of respondents’ selection of the category ‘somewhere in between, but more on the homosexual side,’ the response given by 7–9 percent of respondents with pre-2000 ordinations but only 3.2–3.5 percent of those more recently ordained.”

As the Catholic News Agency has reported:

The 2005 Instruction indicated the Congregation for Catholic Education, “in accord with the Congregation for Divine Worship and the Discipline of the Sacraments, believes it necessary to state clearly that the Church, while profoundly respecting the persons in question, cannot admit to the seminary or to holy orders those who practise homosexuality, present deep-seated homosexual tendencies or support the so-called ‘gay culture’.”
“One must in no way overlook the negative consequences that can derive from the ordination of persons with deep-seated homosexual tendencies,” the 2005 document also said.

While many prominent liberal critics decried Pope Benedict’s move, the new research would seem to confirm that the 2005 reforms started to bear fruit within a few short years.

In fact, as Regnerus reported, “heterosexual orientation appears to be a linear function of the date of ordination. It ranges from 59 percent of pre-1980 ordinations to 89 percent of those priests ordained after 2010.”

Another survey question about homosexuality referred to an “attitude rather than an identity or behavior pattern,” Regnerus wrote. “It displays the respondent’s opinion about a question on the sinfulness of particular practices, in this case homosexual behavior. Priest respondents were asked whether the behavior was ‘always, often, seldom, or never’ a sin.”

“The response patterns are striking” on this question:

“The Catholic priesthood in the United States is becoming demonstrably more conservative on homosexual behavior over time,” Regnerus concluded.

Readers can find Mark Regnerus’ full analysis of homosexuality in the priesthood here.