Shots Fired at Nuns: Catholics Rally to their Aid 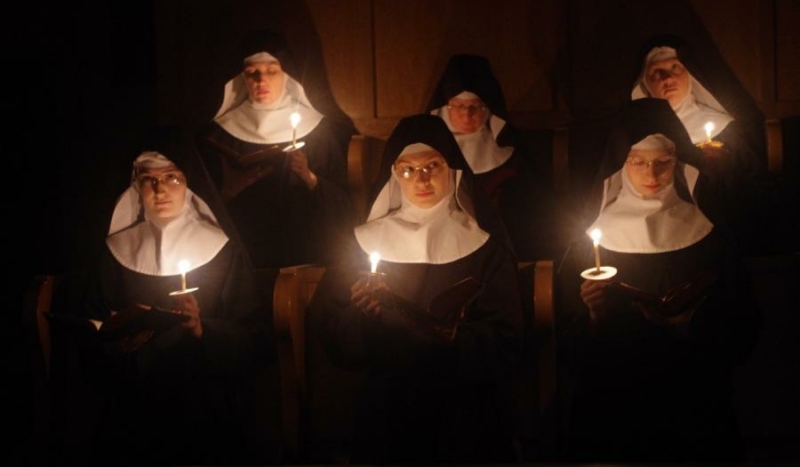 CV NEWS FEED // After a bizarre series of late-night gunshots in rural Missouri, Catholics are responding to a call for help from a community of nuns.

“Really horrifying news from the Benedictines of Mary,” tweeted columnist Matthew Walther on Holy Tuesday. “These good sisters are always worthy of support, but they need it now more than ever.”

In a series of tweets, Walther shared a link to the Abbey’s donation page and called on fellow Catholics to give. “If 10,000 of us gave the sisters at least $25 this Holy Week they would meet their goal,” Walther wrote. “There are way more than 10,000 Catholics on [Twitter]. Let’s do the nomination thing. Donate, suggest another name, pass it on, repeat.”

Readers who would like to contribute to the Benedictines of Mary, Queen of the Apostles can do so here.

“It seems that the news of a recent incident at our Abbey is quickly spreading, as we have received a great many emails in these past few days, assuring us of prayers and support,” said a recent letter from the Benedictines of Mary, Queen of the Apostles in Gower, MO.

Late in the night on March 24th, “loud gunshots were heard by many Sisters in the Abbey,” the  letter explained. “Some of the Sisters arose, but soon returned to sleep, as we have sadly become desensitized on account of the many incidents of inappropriate activity around our monastery.”

The next morning, however, “Mother Abbess discovered two bullet holes in her bedroom,” the letter went on:

A bullet had entered through the exterior wall, punched a hole beneath the Sacred Heart picture, and continued to penetrate through the wall directly opposite, being stopped by shower wall on its other side. Mother Abbess was sleeping several feet from the bullet’s trajectory.

The incident has local law enforcement flummoxed. What is more, this was the third such event to occur during Lent of this year, “with other bullet holes observed by the police in the door jamb of the dining room next to the Abbey church, and in the stone of the church itself.”

Police have “no leads,” the Benedictines report, “though the local sheriffs are working diligently to find the perpetrator,” and are “also maintaining extra surveillance around our area.”

While these bizarre events have been “unsettling,” the nuns say they are still “very much at peace.”

“These types of situations, while very disturbing, are exceedingly good reminders to heed St. Benedict’s words to ‘keep death daily before ones eyes,’” they wrote.

In addition, the Abbey has now made it a priority to take extra security precautions. In particular, they plan to erect new fencing — “tall fencing or sturdy wall panels to protect our buildings on this northeast section of our property, including our gardens where the Sisters work every day.”

The project will require 3000 feet of fencing, and a budget beyond the nuns’ current means.

“If you are able to support this endeavor with a monetary gift, we would be deeply grateful,” they wrote. “The total cost will most likely be over $200,000.”

The nuns’ ordeal had already created considerable buzz among Catholics on social media. But the Abbey’s call for help is gaining even more attention.

After Matthew Walther tweeted out a thread asking Catholics to help, many others shared his tweets and donated to the Abbey, including a number of Catholic priests.

“Please read this thread and consider donating if you are able,” tweeted Rev. Joseph Krupp from Michigan. “Thanks to [Matthew Walther] for bringing this to our attention.”

“Maybe end your Lenten almsgiving by helping the Sisters build a protective fence?” chimed in Rev. Brendon Laroche in Pennsylvania.

“If you can, please consider helping these Sisters,” added Dominican Father Oliver Keenan.

As of Monday evening, Walther’s appeals for the nuns were shared over 300 times on Twitter.

Readers who would like to contribute to the Benedictines of Mary, Queen of the Apostles can do so here.