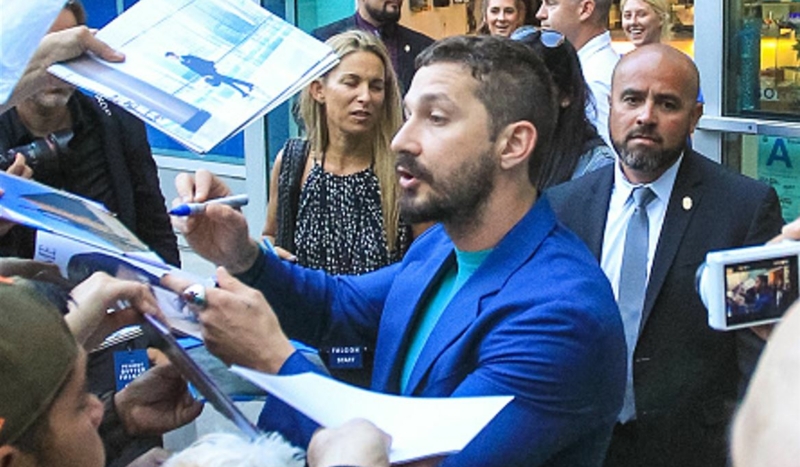 CV NEWS FEED // Actor Shia LaBeouf has signed on to play a young Padre Pio, the Italian Capuchin friar who later received the stigmata, worked miracles, and was canonized a saint.

Director Abel Ferrara says he will begin shooting the upcoming film about the saint in October. Actor Willem Dafoe will reportedly also play a role. Ferrara “described the film as being ‘bigger’ than many of his recent works, revealing that he has been working on it for quite some time,” according to Variety.

LaBeouf has made a reputation for himself as a stormy and troubled man. Mistreated as a Disney child star, he has struggled with addiction, and exhibited angry and violent behavior.

Some observers, however, have credited LaBeouf with struggling to overcome his vices and dark patterns of behavior. Two of his most recent films dealt with serious moral themes, which LaBeouf indicated he took to heart and strove to apply in his own life.

Honey Boy (2019) offered a fictionalized view of LaBeouf’s own experience as a child star, which included a traumatic home life with an abusive father. In the film, the boy reconciles with and forgives his father, played by Shia LaBeouf himself. According to the actor, the story of reconciliation is true: he now speaks with his father regularly.

In The Peanut Butter Falcon (2019) — a film with strong Christian themes — LaBeouf played the role of a troubled person who learns to love and value the friendship of a man with Down Syndrome. While the film was in production, LaBeouf had a run-in with police. Video of the arrest, during which LaBeouf berated police officers with foul language and bragged about his fame and influence, went viral.

When LaBeouf got out of jail and returned to the film set, his co-star, Zack Gottsagen, reproved him. LaBeouf was already a superstar, Gottsagen pointed out, and his reckless behavior was ruining the budding actor’s chances at a career. The actor with Down Syndrome “probably changed the course of my life,” LaBeouf later said:

“I don’t believe in God… But did I see God? Did I hear God? Through Zack, yeah. He met me with love, and at the time, love was truth, and he didn’t pull punches. …Zack allowed me to be open to help when it came.”

In preparation for his role as St. Padre Pio, LaBeouf recently visited a community of Capuchin friars. “I’m completely immersed in something way bigger than myself,” LaBeouf said in a video he shared on social media during the visit:

I don’t know if I’ve ever met a group of men as immersed in anything in my life. It’s super attractive to see people give themselves to something so divine. And it’s heartwarming to know that there’s a brotherhood like this that exists. I’ve been met with nothing but grace since I’ve been here.

LaBeouf described his role in the film project as an attempt to accurately portray the saint’s “relationship to Christ.”

“We’re gonna be bringing the good news to the world,” he said.

Readers can watch LaBeouf discuss the upcoming movie in the video below.